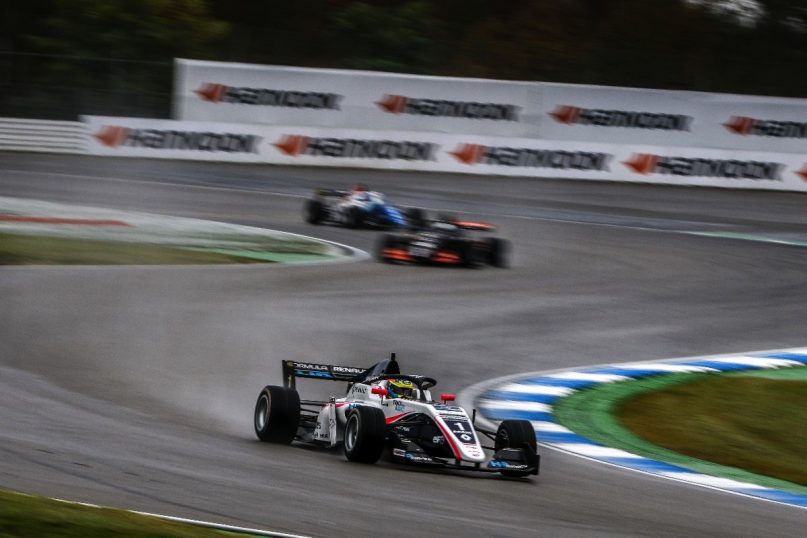 Australian racer Oscar Piastri remains in the lead of the Formula Renault Eurocup championship standings after taking his ninth and tenth podiums of the season with a brace of second-place finishes at a wet Hockenheimring in Germany.

Dicing with title rival Victor Martins in the first race of the weekend, the Melbournian was forced off track several times and at one point fell back to fourth behind Ugo De Wilde and team-mate Caio Collet. Keeping his cool, however, Oscar fought past both but was unable to catch Martins before the chequered flag.

After a disappointing qualifying session on Sunday morning, Oscar lined up fifth on the grid and, with the race starting behind the Safety Car due to heavy rain, lost an opportunity to instantly make places.

Once racing laps got underway, he pulled alongside Collet but twice was thwarted for the position. Taking fourth when Lorenzo Colombo slid off just before the first of two Safety Cars were called to recover stricken machines, Oscar was then dealt a huge slice of luck.

As Collet challenged for second, he and Martins came together when the latter had a snap of oversteer, with both spinning off track. This left an open door for Oscar to claim second place and the 18-year old then ran a sensible final lap to open up his lead atop the championship.

Oscar will be back on track under the lights in Abu Dhabi for the final two races of the 2019 season as the series comes to a close at Yas Marina circuit over October 24-26.

“Obviously Martins is putting everything on the table and taking every risk there is, which I discovered in race one, but in race two he showed his desperation again and it didn’t work out. Getting second place on Saturday wasn’t too bad considering the race I had, but it was frustrating that Martins won. I was hopeful Caio wasn’t going to battle with me too hard because he is my team-mate. We raced pretty fair. He pushed me hard but nothing over the top, so it was good, hard racing.

“We were racing to see who could get ahead of De Wilde and once Martins got past us, I knew if I didn’t get past in the next corner, that would be it. Once that happened, I knew I could get second, so I was pretty calm about dropping back to fourth, to be honest.

“I was pretty surprised we started behind the Safety Car on Sunday because it didn’t seem that wet on the grid. It might have meant that I couldn’t gain places at the start, but it also meant no-one could get past me, so it was the same for everyone. I passed Caio once we started but lost it again when I tried to pass Colombo. I could match the pace of the guys ahead, but I didn’t have anything extra to get amongst them. Visibility was bad and I didn’t want to take any risks, plus Caio was catching Martins.

“I’m feeling positive for the last round; I’ve got the most track experience there out of everyone so that should help, but we’ve got a four-hour test session followed by Collective Test one and two, so there’s plenty of time for everyone to familiarise themselves. Our pace has been really strong in the dry all season, so I’m really looking forward to it.” 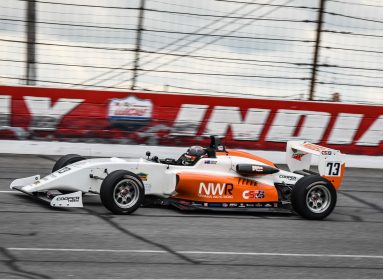 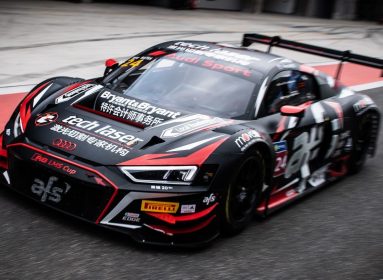 BATES MOVES UP IN STANDINGS AFTER SOLID SHANGHAI RESULT 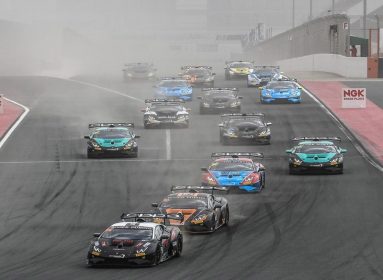