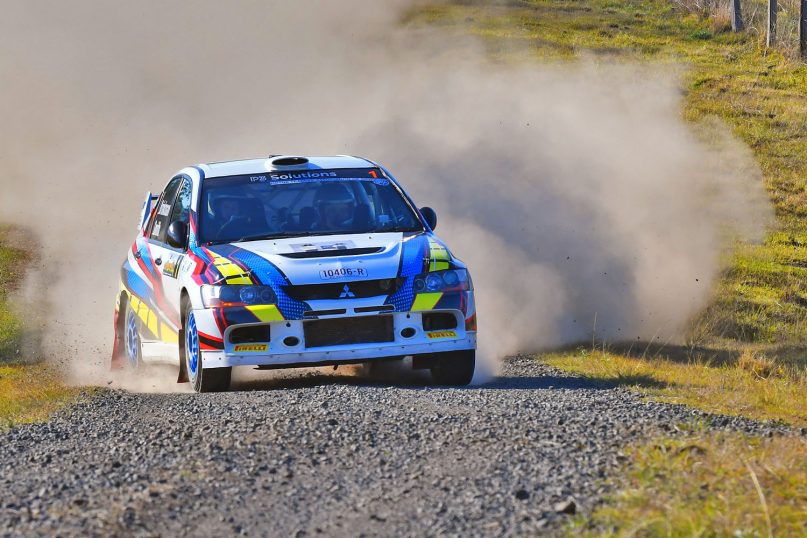 This year’s Kosciuszko Automotive Monaro Stages Rally is set to be one of the best the NSW State Championship will witness. Being the final event of the series, the battle between the leading teams is set to be intense.

Held over some of the best roads in the Comma and Bombala area, rally teams can expect some fast-flowing shire roads combined with well maintained forestry roads.

The rally, held on Shire and Forestry roads is set to be one of the best in NSW for 2019!

The battle for the championship win will between the NSW team of Richard Shimmon/Jim Gleeson in the Mitsubishi Lancer EVO 7 and Glen Raymond/Kate Catford. From a points stand point, these are the only two teams that can win the championship, however Shimmon has a distinct advantage in that he has finished every heat so far this year.

The scoring of the championship is based on the best 10 heats out of 12 and because Shimmon has already finished 10 heats, he can afford to drop a heat at the Monaro Stages and potentially still win. Shimmon recently had the car out at a test day in the Jenolan Forests and with plenty of practice up his sleeve and his performances at the previous rounds, he will be the favourite for the Championship.

Raymond, on the other hand, can’t afford to put a foot wrong as he has already failed to finish two heats. At the AMH Rally of the Bay, he heavily crashed his EVO Lancer and was forced to use a borrowed car at the following Round, the Working Dog Rally in Bonalbo. His car is still not repaired following the crash and he will be contesting the Monaro Stages Rally in his brother’s Subaru WRX.

“I’m really looking forward to the final, my brother Steve has been kind enough to lend me his WRX. Realistically I need two solid heats, which will be tough to beat some of the top teams. But, this thing is a bit of a weapon so I won’t be there to be an also ran, I’m planning on giving it my all to win the championship.” said Raymond

The battle for third and fourth in the championship will be between the 2WD Citroen of Tony Sullens/Kaylie Newell and the Subaru WRX of Andrew Penny/Rhys Llewellyn. These two teams have also finished every heat in the championship so far, so they could easily not even turn up and still maintain their current positions of 3rd and 4th respectively. But with just 10 points separating them, they could easily swap places depending on the outcome of the final round.

In the battle for the outright rally win, there’s a few other contenders that could rob our championship teams of points. Last year’s winners, Glenn Brinkman and Harvey Smith will be back to defend their title in the Mitsubishi Lancer EVO. Brinkman has had a very ordinary year so far, struggling with a string of issues in both the Queensland and NSW Championship events.

The other threat to the leaders will be Michael South and Justin Goodreid in a Subaru WRX STI. We saw South at the first round of the NSW Championship, and he’ll be back at the Monaro Stages and is likely to be very quick from the outset.

The Kosciuszko Automotive Monaro Stages Rally is based out of Cooma, NSW and is on the 19th of October. Entries for this event are still open.

The organisers are still accepting volunteers for officials positions, so if you want to enter or official, head over to the Facebook Page for more info. 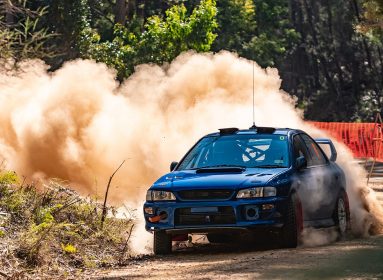 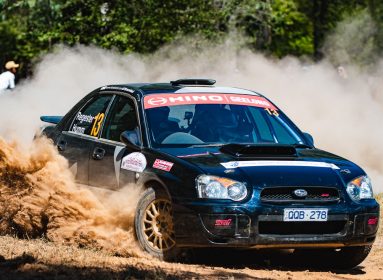 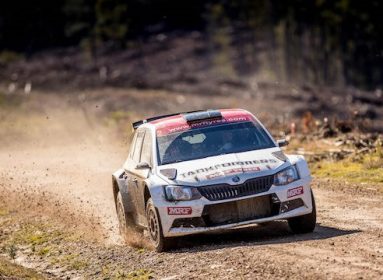