CODY BURCHER HAPPY WITH HIS AUS FF PROGRESS THIS SEASON 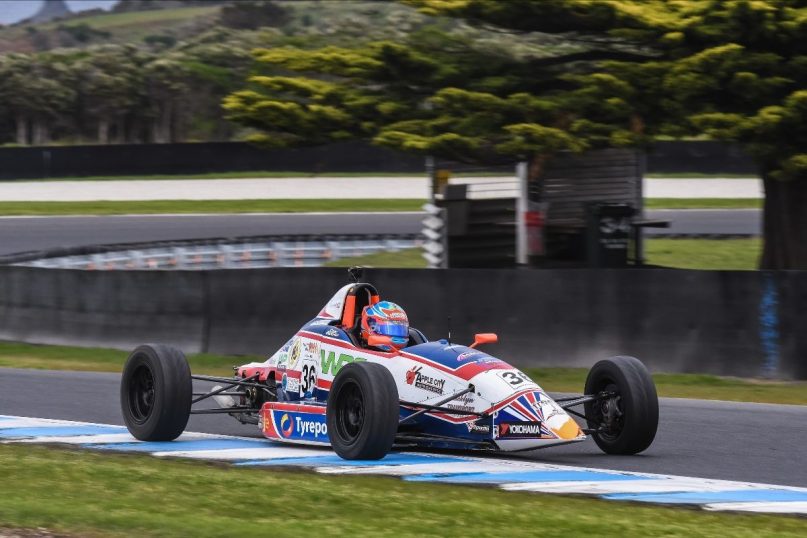 Orange-based racer Cody Burcher is stoked with his progress throughout his first national-level motorsport campaign in the Australian Formula Ford Series after the final round of the 2019 season at Phillip Island over the weekend.

The 16-year-old once again thrived in tricky conditions at the Victorian venue in his WP Concreting backed Spectrum to show really good pace and mix it with the championship contenders all weekend.

Despite a stuck throttle in qualifying that only saw him manage to complete two flying laps, Burcher still qualified seventh at the high-speed circuit before continuing his progress to move his way up the order during the races.

“In Race 1, everything was thrown at me once. We were caught in other peoples incidents, but still managed to move up to sixth in the shortened race, which was alright.” said Burcher at the end of the weekend.

“Race 2 was better, I dropped back to eighth at the start getting off the line in the wet, but moved my way back up to second in a couple of laps. We had good speed and I was reeling the race leader Angelo (Mouzouris) and I set the fastest lap by over a second on the second last lap. We probably didn’t have the engine power, so the rain was a big equaliser. I really enjoyed that race.”

“Race 3 didn’t quite go to plan. I had a good start and was racing up the front and in the battle for the lead of the race in the wet conditions, but got caught out along with some other cars passing one of the lapped Kent cars under a yellow flag. The penalty dropped us down to ninth.”

“We had really good car speed all weekend and I learnt a lot. It was a big learning week, particularly with car craft and slipstreaming. It’s good to know we have really good speed in the wet and we’re able to race up the front. It was a positive weekend all round,”

The second place in Race 2 at Phillip Island was another highlight showing the progress that Burcher had made throughout the year after putting together to deal just before the opening round to join Synergy Motorsport and compete in the national Formula Ford series for the first time.

“This year has been fantastic. It has exceeded my expectations, I never considered that I’d be contending for pole positions and podiums let alone a claiming a race win in my first season of Australian Formula Ford.”

“It’s been a big learning curve, but I’m really proud of the progress that myself and the team have made and what we’ve been able to achieve by the end of the season, both on and off the track.”

“The race win at Wakefield Park was certainly a highlight and an emotional one for Dad.”

“I’m just stoked with how this year has gone.”

Cody is really thankful for all the support and all the work that has gone on behind the scenes to make this year possible. Not only his sponsors but his family as well as special mention to Justin Cotter, Tim Leahey, David Varian, Dell Ryan and Wayne Pengilly.

Cody will make an announcement about his plans for the 2020 motorsport season in due course. 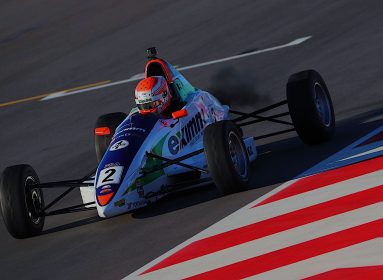 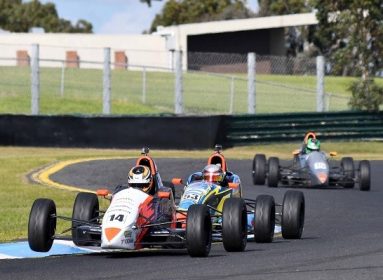 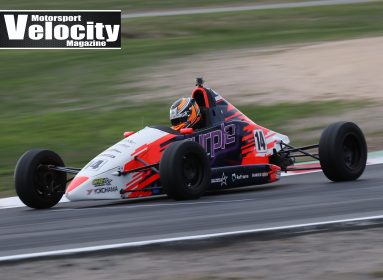 A WEEKEND OF DAMAGE LIMITATION FOR LACHLAN MINEEFF