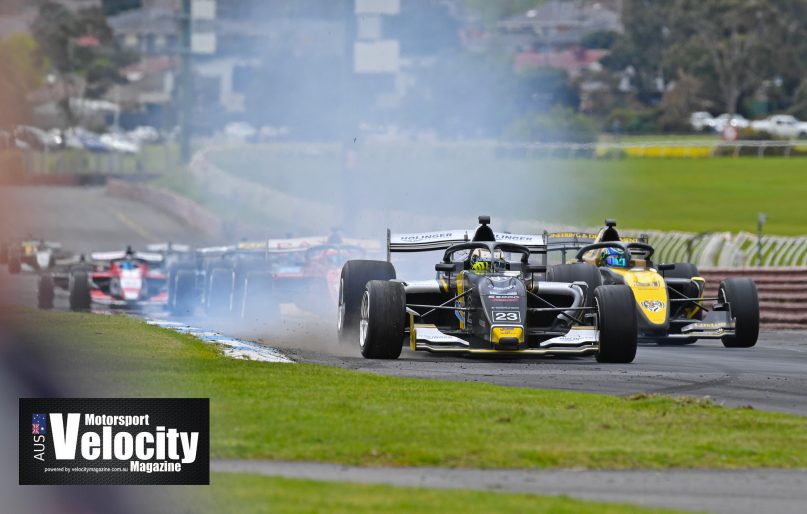 A great September Sandown crowd was in attendance, with Golding starting smartly in the 25-lap main event. He was in the right place at the right time when Alex Davison triggered an early finish with a massive crash on the back straight that damaged the safety fencing.

Golding was a late addition to the S5000 field and proved his potential when he ran in the leading group from the start of the action at Sandown. He was quick, poised and trouble-free when other more-experienced drivers made mistakes, starting from pole. 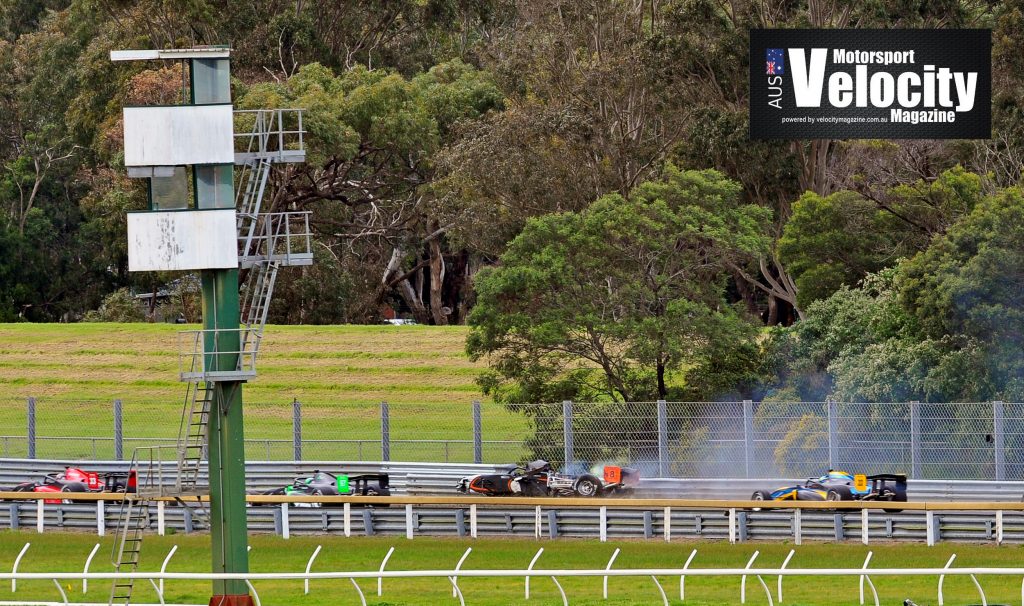 Alex Davison triggered an early finish with a massive crash on the back straight that damaged the safety fencing – Photo: Velocity Mag

Ricky Capo triggered a Safety Car intervention when he spun on the first lap and then race leader and yesterday’s winner Tim Macrow went backwards into the gravel trap at the first corner on the re-start.

Once their cars were removed the scene was set for a 20-lap battle but officials called an early halt when Davison crashed while battling against Matt Brabham. 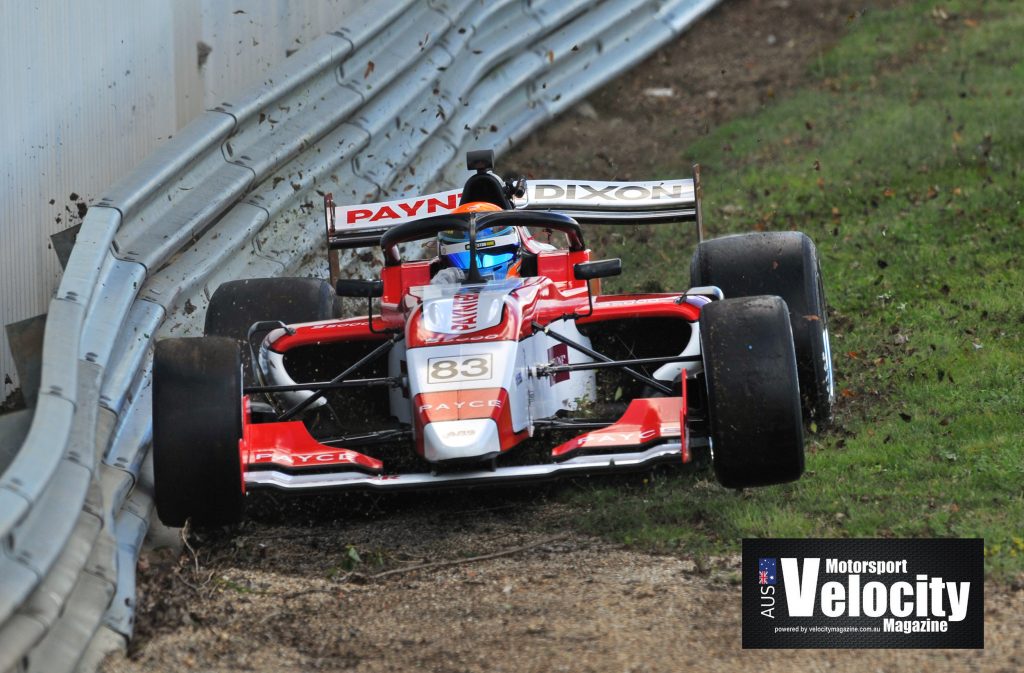 “It’s unfortunate that I didn’t have the chance to race into with Rubens there at the end, I think it was going to be a good race,” said James Golding.

“I still had to work for it. A few guys got caught out with the cold types. Spewing we didn’t get to race hard.

“I think the best thing is that the cars have been impressive for all the people who came out and saw them. The category really has a big future here in Australia.” 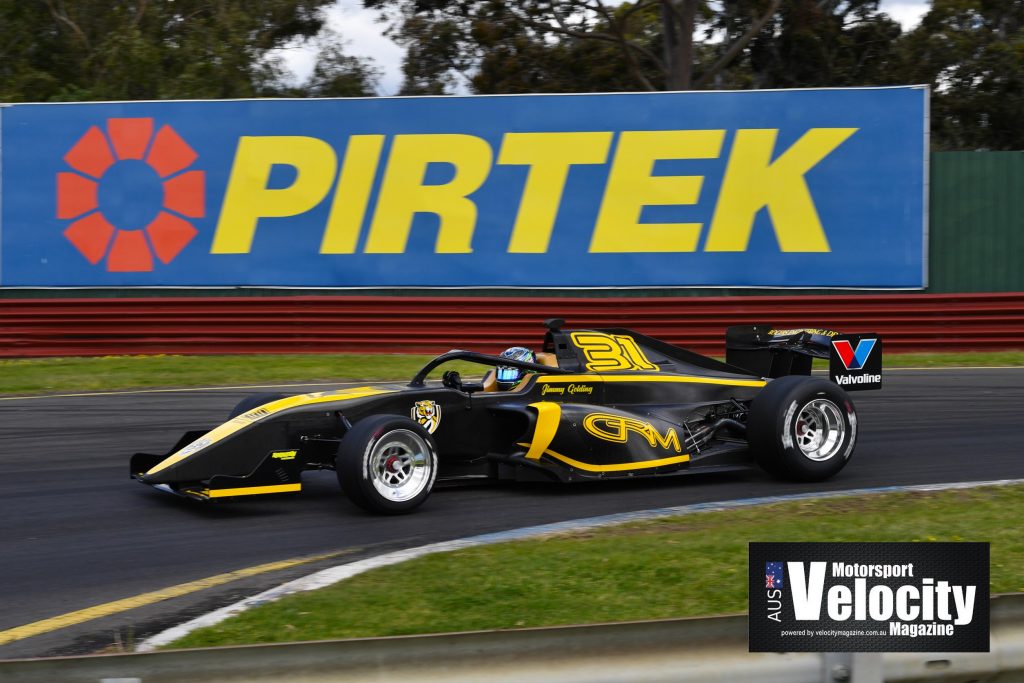 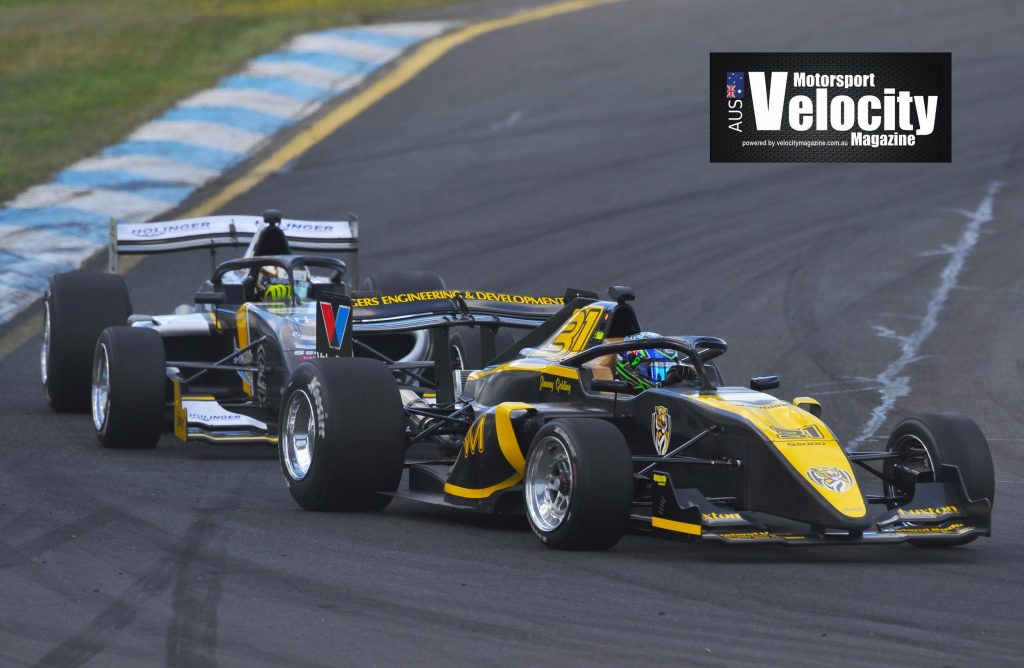 “It’s a shame the race ended that way, but at the end of the day, it’s not just one race that makes the week,” said Rubens Barrichello.

“I had a great time with everything. Not just with the cars – they were the top of my great feelings – but I went to the AFL, the Zoo. I had a blast and I have to thank Australia for having me.

“I’d love to come back. We need to talk, but there’s always a possibility. I love to drive these car. I love racing fast cars, and I hope we can do something in the future.” 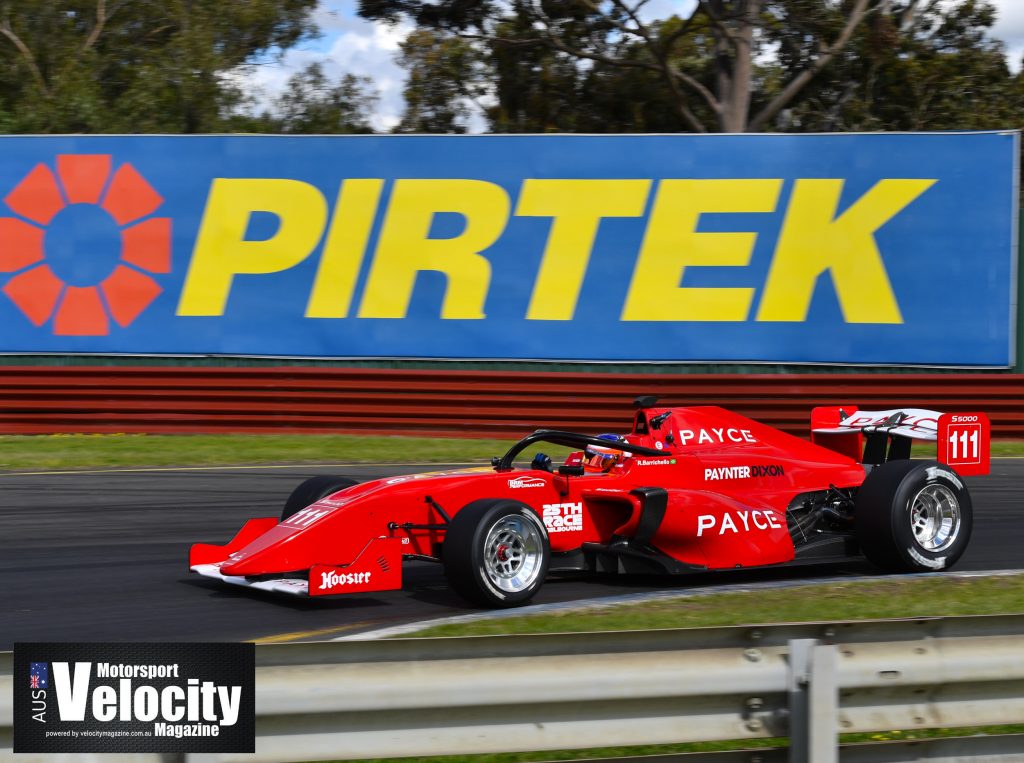 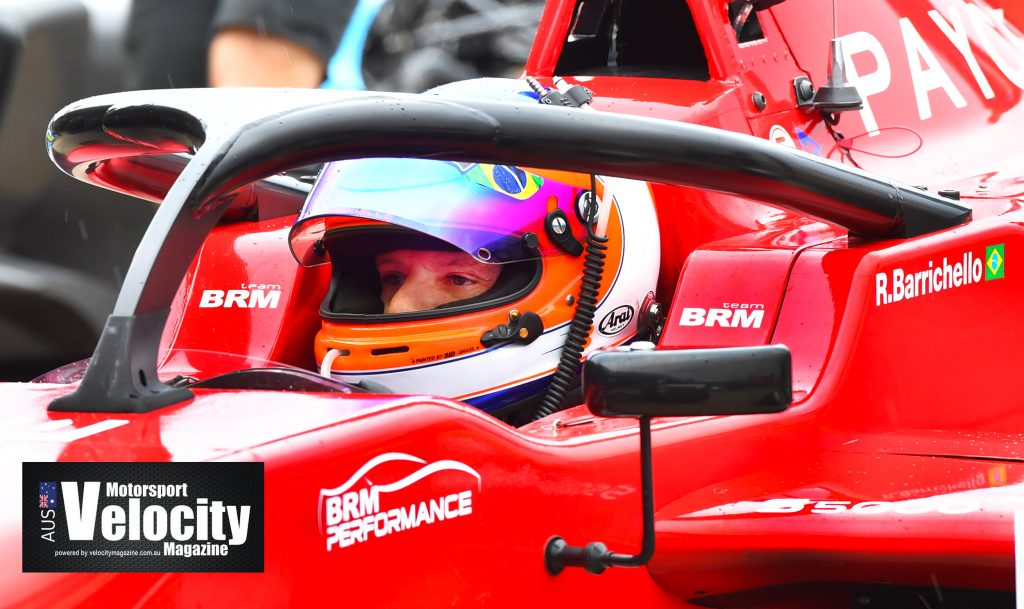 “I’m perfectly OK. It looked more spectacular than what it was,” said Alex Davison.

“If you base the intensity of the crash by the state of the car, it was a big one, but it didn’t hurt at all. I’ve had bigger crashes than that.

“It’s just disappointing that the feature race that everyone was looking forward to was cancelled and there’s a wrecked S5000 car in the garage. It’s not the way I anticipated ending the weekend.”

The next time the S5000 cars return to the circuit will be at The Bend Motorsport Park on November 15-17. 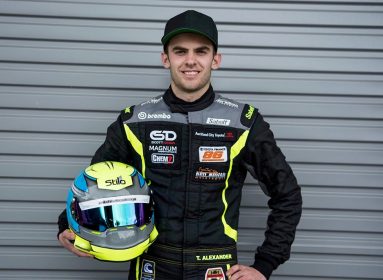 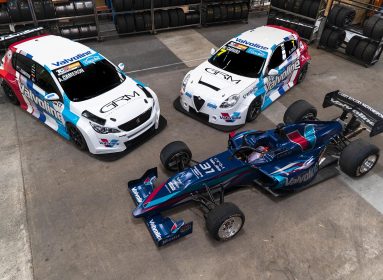 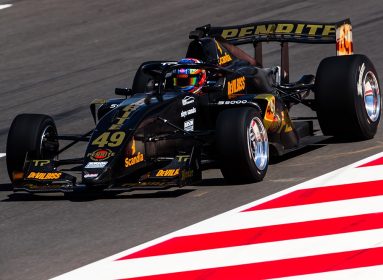 RANDLE SET TO CRACK THE BEND LAP RECORD IN S5000