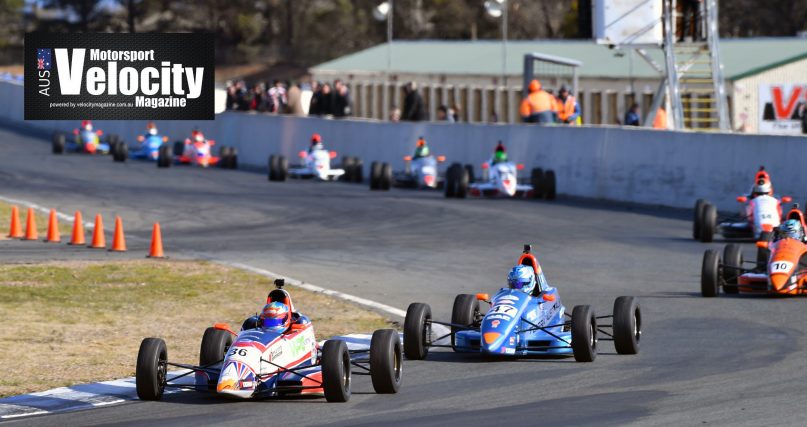 Orange-based racer Cody Burcher has earned his first national-level circuit racing win during the Australian Formula Ford Series round at Wakefield Park over the weekend.

The 16-year-old won the opening race of the weekend in tricky conditions as gale-force winds battered the track just outside of Goulburn, NSW during qualifying and Race 1.

“Qualifying was a challenge with the wind throughout the session. We qualified in P3, but I feel that if I could have put a full lap together we probably could have been on the front row.” said Burcher at the end of the weekend.

“Race 1 I was able to get off to a good start and maintain my position initially. Then the car came on during the middle of the race and I was able to make my way up to the lead of the race by lap 8, before taking the win by one and half seconds.”

“I’m absolutely over the moon with that. It was a great race and I couldn’t really believe it. That was my first national-level race win in Formula Ford, and it was just amazing.”

Burcher continued his strong form in more favourable conditions on Sunday, finishing both races 2 and 3 on the podium. The youngster was really proud of his progress during this year that which saw him claim second for the round, his best result in Australian Formula Ford to date. 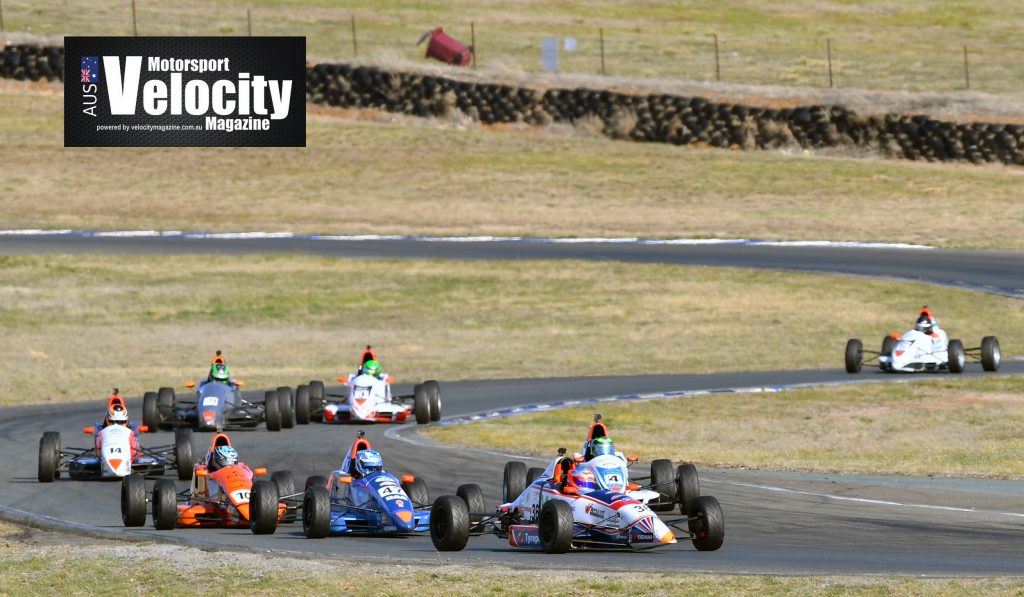 “Race 2 this morning didn’t quite go to plan. I didn’t get the best of starts but I managed to salvage a third, which was positive and we learnt a few things and we applied those to the third race.” Burcher continued.

“Again in Race 3 I didn’t get the greatest start and dropped back to fourth. Once I regained my focus and gradually made my way towards the front, getting back into second midway through the race.”

“I’m not quite sure what the lead was at the end but I was definitely closing in on him until the chequered flag.”

“I’m absolutely stoked to be on the podium every race this weekend and come out with second for the round, is just amazing.”

“I can’t thank everyone enough for making this possible, my family, all my sponsors and Justin from Synergy Motorsport.”

Burcher will be back in action when Formula Ford heads to Phillip Island for the final round at Victoria’s Phillip Island Grand Prix circuit, September 28-30. 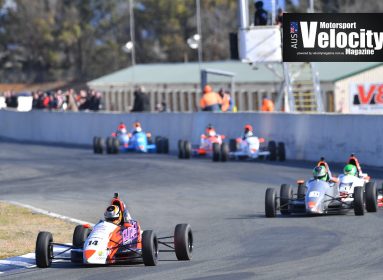 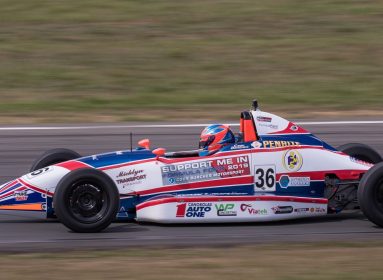 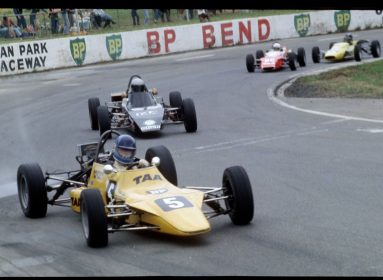