LECLERC DOUBLES UP AT MONZA

Charles Leclerc, Ferrari’s new recruit for the 2019 season was elevated to hero status by the Tifosi after his lights to flag win at the Italian Grand Prix. In doing so Leclerc brought to an end a 9 year losing streak at the spiritual home of Ferrari. Leclerc vigorously fought off challenges from both AMG Petronas Mercedes drivers throughout the course of the race to take victory from Valtteri Bottas and Lewis Hamilton.

There was also cause for celebration in the Renault garages as Daniel Ricciardo and Nico Hulkenberg brought their cars home in 4th and 5th, the best result for the team in 2019 which leapfrogged them ahead of Torro Rosso and into 5th place in the Constructor’s Championship.

The race was less kind to Sebastian Vettel and Max Verstappen. Vettel’s race started poorly when he was passed by Nico Hulkenberg shortly after the start, however he soon regained 4th place through the superior straight-line speed of the Ferrari and drew away from the Renault. As the race settled past the first frenetic laps, Sebastian Vettel had the rear step out on lap 5 at the Ascari curves and spun onto the grass infield. He narrowly missed the Renault’s as he edged back onto the circuit and then made contact with the rear of Lance Stroll’s Racing Point car, who spun as a result.

Stroll was furious with the move from Vettel. “He just came back on the circuit like an idiot,” Stroll yelled on team radio. Stroll also received a drive through penalty when he forced Pierre Gasly off the track as he rejoined the race in a similar fashion.

Vettel finished 13th and a lap behind Leclerc. “Obviously I’m not happy with my day today,” Vettel said. “I thought we had a good start and then nowhere to go, I lost my position, got it back, reconnected to the cars ahead, lost the rear and couldn’t catch it. It was as simple as that. Not happy and after that, the race was obviously gone.”

On lap 23, Hamilton looked to take advantage as Leclerc was momentarily delayed by Nico Hulkenberg, on the front straight. The Ferrari driver was forced to defend his position on the entry to the first chicane and made a small mistake, which gave Hamilton the better run to the second chicane. Charles Leclerc again defended the lead and forced the Mercedes driver wide.

“He didn’t leave me a whole car’s length there, he pushed me off,” Hamilton said on team radio Later, he added: “There’s some dangerous driving going on.”

Charles Leclerc was shown the black and white flag for bad sportsmanship, but avoided any further penalty. Hamilton was clearly annoyed at the decision and suggested that the stewards had shown double standards.

“It really doesn’t matter what I think,” Hamilton said. “I don’t really have anything to say about it. We’ve been over and over this multiple times, it’s pointless me bringing it up. I avoided the collision and then I focused on getting close again. It seems the new generation get away with a lot more in that space of how they manoeuvre their car compared to the more experience drivers. Now I know, I look forward to the next one.”

Hamilton’s prolonged attack for the lead left him short of rubber as the race drew to a close. He ran wide at the first turn which let teammate Valtteri Bottas through on much newer rubber. Bottas moved into the slipstream of Leclerc’s Ferrari and was subject to the same robust defence that he had been served upon Hamilton. Bottas fell away in the final laps to claim second at the end.

Lewis Hamilton finished 3rd, with Ricciardo and Hulkenberg 4th and 5th respectively. Alexander Albon, Sergio Perez, Max Verstappen and Antonio Giovinazzi rounded out the top 10. For Verstappen 8th place seemed like a win after he started from the rear of the grid and was then forced to pit at the end of the opening lap after contact at turn 1 saw the Red Bull driver lose a portion of his front wing.

However, it was all about Charles Leclerc and a Ferrari win on home soil. He was free to savour the victory spoils  which was difficult to do after his first win one week ago.

“If you have to win one Grand Prix with Ferrari, it’s the Italian Grand Prix,” he said. “From the beginning of the week, it has been absolutely crazy. I came here with my first win and to win straight away the second one here, in front of the fans that have welcomed me extremely well after the first victory, is just unbelievable.”

The Italian Grand Prix ends the European portion of the  Formula 1 season as they head back into the “fly-away” races once again, starting with Singapore 20-22nd September. 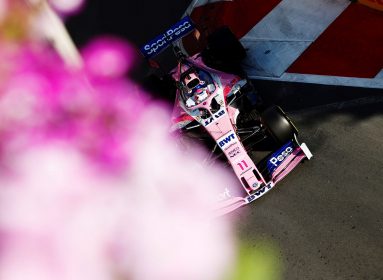 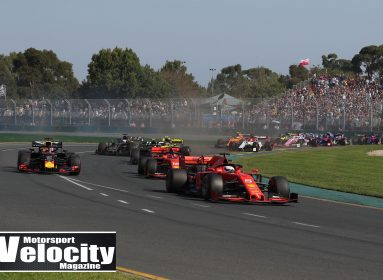 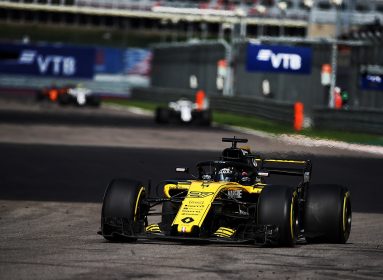