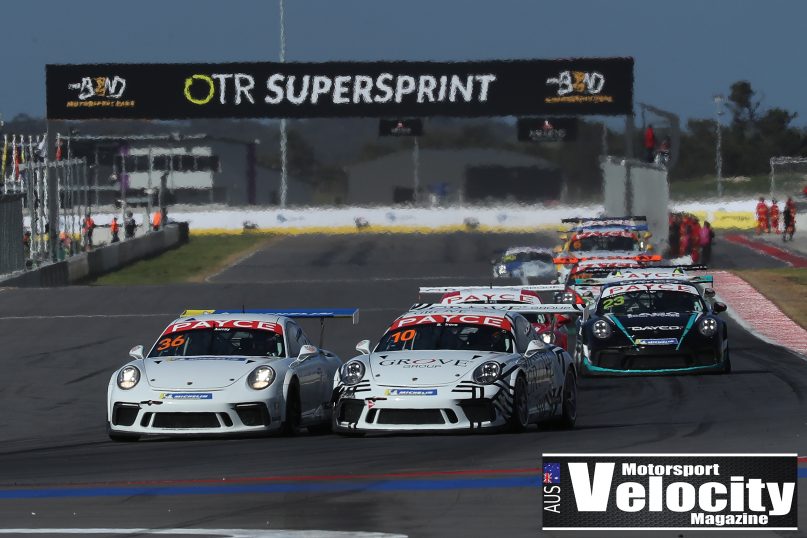 Stephen and Brenton Grove’s focus will now turn to Porsche Mobil 1 Supercup at Spa-Francorchamps after a productive weekend at The Bend Motorsport Park.

The father and son duo took part in Round 6 of Porsche Payce Carrera Cup Australia at the South Australian circuit over the weekend, marking their respective returns to the category.

Acting as preparation for Round 7 of Porsche Supercup at Spa-Francorchamps in Belgium, the Groves used The Bend weekend to focus on car set-up among a number of other things, rather than results.

Working with Ashely Seward Motorsport, Brenton had Garth Tander on the headset across the event.

Meanwhile, Stephen once again worked with experienced Grove Motorsport engineer Peter Osborne, who will also join the team at Spa.

Grove Jnr came away from the round with a pair of top 10 results outright in the opening two races, while Grove Snr bagged two top-five finishes in Pro-Am, also in Races 1 and 2.

Now, the Groves will turn towards the upcoming Porsche Supercup event at Spa this coming weekend (August 30-September 1) — where they will become the first Australian father and son to compete in the pinnacle of Porsche one-make racing.

As announced, the pair will converge on the world-famous circuit in Belgium to drive separate entries, with Stephen continuing his full-season campaign in Pro-Am with Team Australia and Brenton joining MRS GT Racing as a one-off in the outright class.

Track action begins on Friday with a 45-minute Free Practice session at 18:45 local time, where Stephen and Brenton will get their first taste of the 7km circuit ahead of the weekend.

Qualifying takes place on Saturday at 13:25 local time (21:25 AEST), where the 30-minute session will set the grid order.

Fox Sports will broadcast the Race Live in Australia on Channel 506, with coverage kicking off at 20:28 AEST on Sunday night.

Keep an eye on the Grove Racing social media pages for updates and special coverage across the weekend.

“Coming back and doing Carrera Cup Australia, it’s just so similar the way it is set-up and the way it’s run when you compare it with Porsche Mobil 1 Supercup. You feel like a family member coming back, so that was really exciting. I probably didn’t work as hard as I should; just thinking about preparing as best we can for Spa rather than focussing on this round. This weekend I wanted to tick the boxes we needed to tick for Spa and then not get in the way of anyone’s championship. Overall, a good couple of days. The adjustment from having ABS on some of the weekend and some of the weekend off was extremely hard — I really struggled with that. But the time in the seat sets me up well for Spa and that’s my goal, to do well there.”

“That was a good weekend, I enjoyed getting back in the Cup car. We chipped away at it every session and really tried to focus on understanding what the car needs and how to get the time out of it. So every time we went out on track we were trying to close the gap to the front and we did that. The last race was a little bit tricky, without running the ABS it made things completely different again. I’m glad we’ve done this weekend at The Bend to prepare for Spa because it would have been really difficult to just jump in there. It’s shaping up to be a great weekend at Spa and I cannot wait to get over there.” 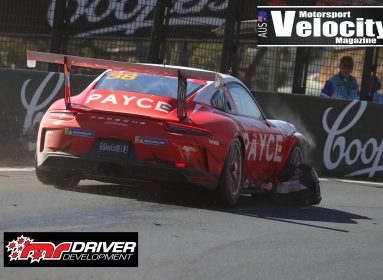 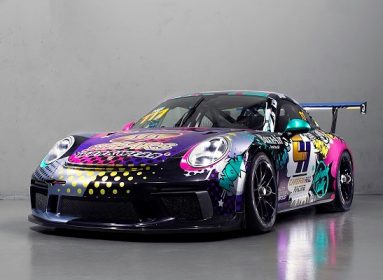 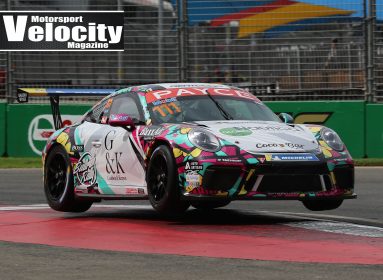