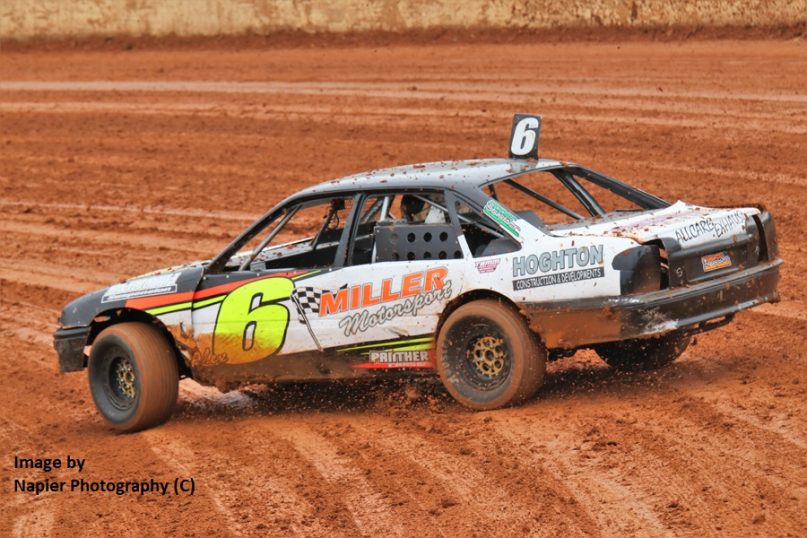 This Saturday night Nyora Raceway will present a huge season finale when fans sit back and enjoy the annual run what you brung ‘Bob Hickson Memorial’ for Open Sedans and the visiting Crash and Bash Association ‘Hell on Wheels’ along with the Junior Standard Saloons and the Speedway Sedans Australia Juniors.  With serious race action and race action with a little biff and barge, the crowd is sure to be huge for the 5pm Saturday night start.

The Bob Hickson Memorial pays tribute to one of the great contributors to the South Gippsland Speedway in ‘the Boss’ Bob Hickson whose memory lives on each and every year with this race in his honour. Last year’s memorial winner Brendan Miller is back to defend his title whilst he will have his hands full with challengers such as Darren Nelson, Jack Ramsdale, Shona Bent, Simon Bent, Gemma Laidlaw, Warrick Taylor, Matt Nelson, Brad Warren, Andrew Jordan and David Donegan to name a few.

The Bob Hickson Memorial is a mix mostly of four door sedans versus purpose built chassis cars such as the Late Model and Super Sedan cars that have entered The honours last year went the way of a Commodore driving competitor, can they do it again or will it be one of the bigger toys such as the Late Model Sedan of Cranbourne’s Warrick Taylor?

In the ‘Hell on Wheels’ Crash and Bash, an exciting addition to the line-up is multiple times Australian Rally champion and current Confederation of Australian Motorsport Side by Side Racing gun Simon Evans to the line up in a LJ Torana.

Evans will run against top seasoned campaigners in the class that have entered this event such as Grant Attewell, Jake Young, Nathan Taylor, Craig McKendry, Brad Warren and James Kane, with numerous season long rivalries set to be settled.

McKendry is driving his brothers state championship winning Commodore after trashing his own Falcon at the recent Victorian title event, Brad Warren is jumping into another competitors car having handed over his car to his dad he makes a return to the class after a number of seasons on the sidelines, Paul Warren was a veteran of the Bumper Car days and will have plenty of buddies cheering him on.

Two of the younger racers Nathan Taylor and Jake Young are out to settle the score after a season long back and forth battle, however whilst keeping an eye out on each other, they will want to keep on the move to avoid everybody else and try and scoop up victors prize.

Lewis Williams and Kacey Ingram lead the nominations in the Junior Standard Saloon field. The Victorian title third and second placegetters will be keen to run the season out with the final victory whilst the line-up also includes a number of first year and first event rookie drivers, most of whom will be driving in six cylinder Falcons.

Finally the SSA Junior Sedan class with Mitsubishi Lancers, Hyundai Excels up against Datsun’s and Toyota Corolla’s has a field that includes former Australian champion Todd Atkins and last start winner at Nyora Jayden Bryant. Zoe Young, Courtney and Rhys Meakins and Dylan Barrow and Dillon Taylor are all strong race competitors in a field that should be an interesting battle for Atkins travelling across from Hamilton to compete.

There will also be a treat for Mad Max fans as we relive a iconic movie moment with a ‘Interceptor’ pursuit car thrilling fans, it might even just destroy a Caravan! 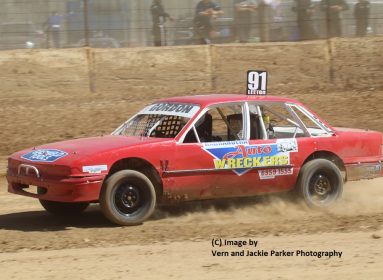 CHRISTMAS CUP CAME EARLY FOR SOME AT ALEXANDRA SPEEDWAY 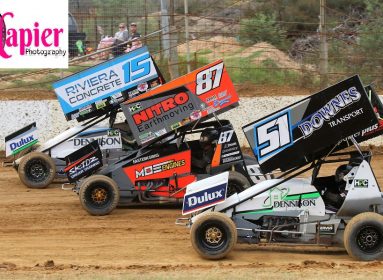 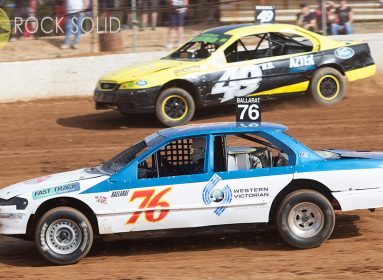