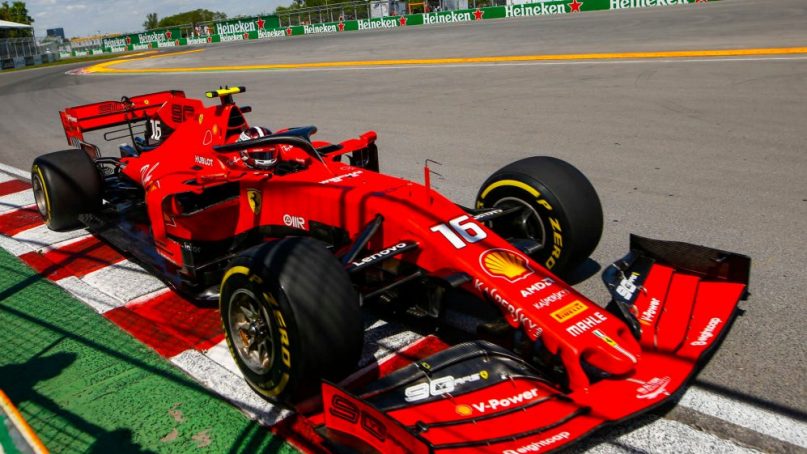 Ferrari struck a blow to rivals Mercedes in Free Practice 2 for the Canadian Grand Prix, with Charles Leclerc leading a one-two for the Scuderia, 0.074s ahead of Sebastian Vettel, while Valtteri Bottas was third for the Silver Arrows, albeit just 0.134s back.

The result will be a relief for both Ferrari fans and the team themselves, with the SF90 seemingly able to play to its strengths on the fast and hot Circuit Gilles-Villeneuve after a run of races where Mercedes had comfortably led the way on Fridays.

That had initially looked set to be the case here, too, after Hamilton headed FP1 by nearly a second from the leading Ferrari of Leclerc. But Hamilton’s elation on Friday morning in Montreal turned to despair by the afternoon when, having set the provisionally fastest time, the six-time Canadian Grand Prix winner had a big oversteer moment through Turn 8 before slewing into the wall hard at Turn 9.

He managed to limp back to the pits, but the damage forced Mercedes to change the entire rear-end of his W10 as a precaution. There was little doubt that Hamilton’s car would be put right in time for Saturday morning, but having crashed with over an hour of the session still to go, it meant the Briton missed some hugely valuable running time in FP2, as he ended up P6.

Ahead of him, a mega lap from McLaren’s in-form Carlos Sainz saw the Spaniard finish fourth after what he called his “best Friday of the year”, setting tongues wagging about the prospect of a midfield upset in qualifying, while Kevin Magnussen was also impressive to go P5 for Haas, although the Dane was nearly four-tenths off Sainz’s effort.

One team who weren’t able to show their true hand were Red Bull, with Max Verstappen getting spooked by a slow moving Pierre Gasly on his push lap and clouting the Wall of Champions. The Dutchman was subsequently consigned to the garage for much of the session for repairs, while Gasly himself continued to look uncomfortable behind the wheel of the RB15, enduring several lock-ups as he wound up in P12, one place ahead of Verstappen but over a second off the pace.

Rounding out the top 10 came the two Racing Points and the two Renaults, Sergio Perez at the head of that battle in P7 for Racing Point, with the Renault pair of Daniel Ricciardo and Nico Hulkenberg and team mate Lance Stroll behind him – although Stroll may have some strife coming his way on Friday evening, with the stewards set to investigate an incident where he appeared to move over on Haas’s Romain Grosjean in the braking zone at the end of Montreal’s long back straight.

Meanwhile, having gone sixth this morning for Alfa Romeo, it was a less prosperous session for Kimi Raikkonen, who ended up down in P16, 1.365 off Leclerc’s leading time, while team mate Antonio Giovinazzi was 18th, ahead of the two Williams of George Russell and Robert Kubica, with the Italian having had his gearbox replaced as a precaution after his FP1 shunt this morning.

There were those who were groaning on Friday morning at the prospect of another Mercedes whitewash after Free Practice 1. But with Ferrari having finally showed their true pace and appearing to have just over a tenth in hand over their rivals currently, it looks like game on for qualifying on Saturday. 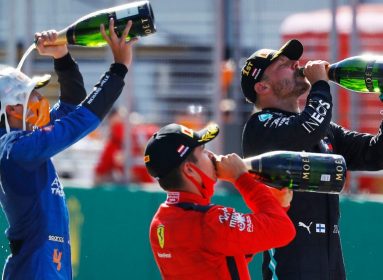 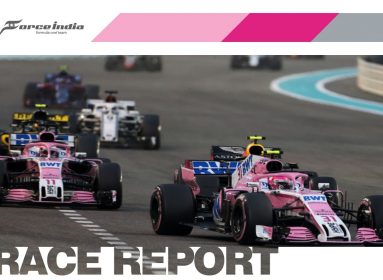 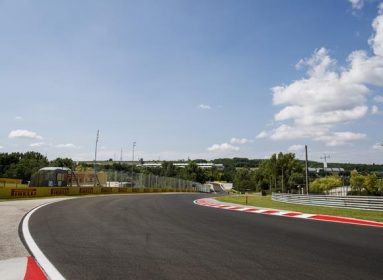