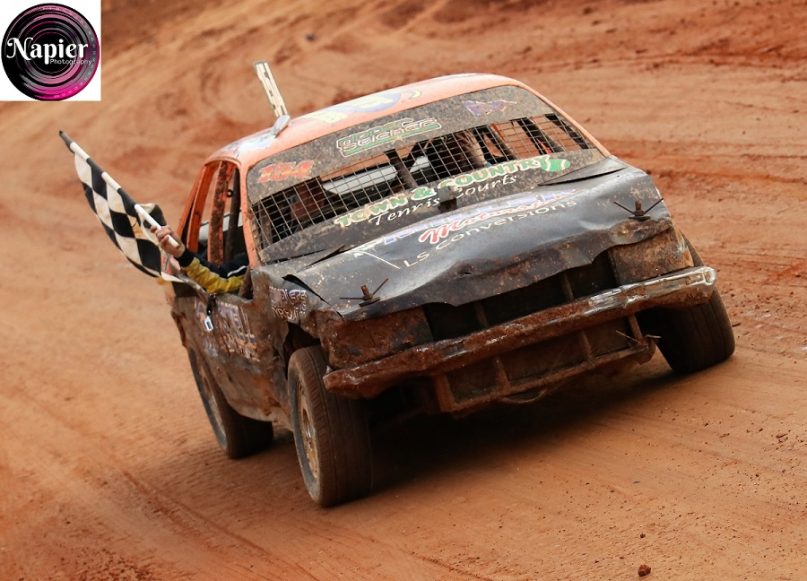 Drouin Speedway closed its season with the annual end of season Demolition Derby, an event that sometimes is the main event this time out done by a massive ‘Visual Signage Solutions’ Victorian Crash and Bash Association state title that finished with only seven of the original thirty plus starters running when the chequered flag dropped. Jason McKendry a South East Melbourne lad on his birthday, took the big win in the Victorian title much to the delight of so many fans supporting him.

In Junior Sedan action Drouin’s own Jack Yeomans won the ‘Castrol’ supported Dog Leg feature ahead of his teammate Deegan Benson and Harry Cecil in third.

The Crash and Bash Victorian title seen cars go in every direction during the big race with a pile up on the very first lap hindering many of the finalists. Wheels were ripped off cars or just fell off, tyres where shredded, cars were pummelled into submission with panel damage and the kettle boiled under the hood of a fair few.

McKendry who qualified as the top qualifier motored around the fastest of all the entrants at about .3 of a second a lap faster than all as the Crash and Bash cars went around the speedway proper and through the dogleg. 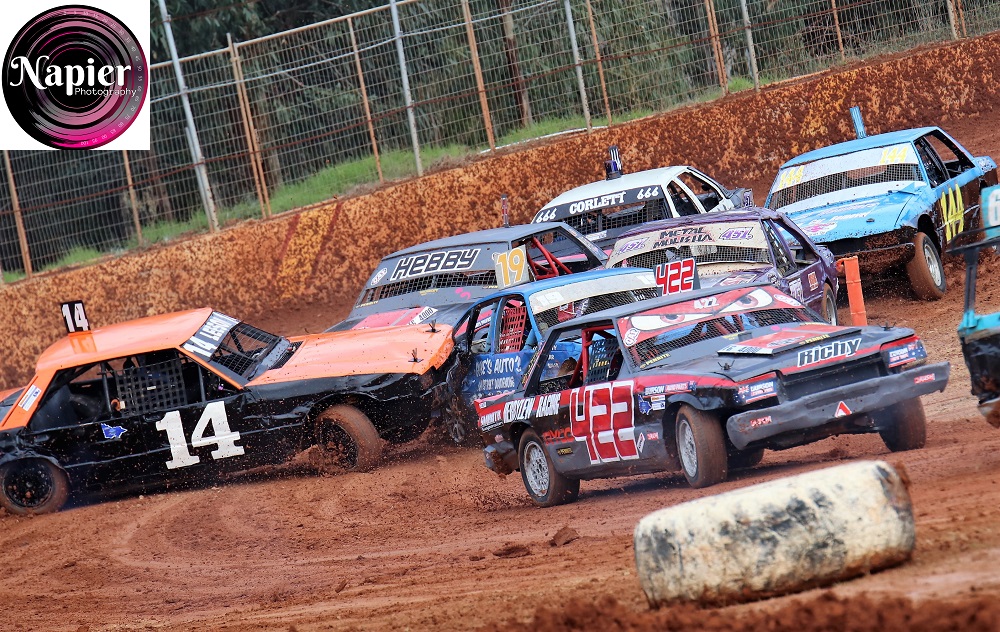 He finished at the end only .614 of a second ahead of the runner up after yellow light situations and a spin of his own towards the end of the race brought him back to the pack, at times he was half a lap in front.

Steve Mitchell was stoked with finishing second in a Ute having chased the Commodore of McKendry right throughout, whilst Rob Bushell who is always consistent once again finished in the top three, for the third year in a row. Jake Young with a wheel completely missing rubber and Mark Hebblethwaite rounded out the top five finishers.

McKendry after the race had a chat with commentary to share his thoughts on the race. “In front of such a big crowd with all my friends, family and so many Crash and Bash fans this is just the ultimate feeling. I have to thank my partner for letting me race on my birthday, I think she would much rather be doing something else, the Millers for working on my car for me and to just everybody who contributes to making this event happen and be so enjoyable. “

Qualifying race wins earlier went to Jake Young, Jason McKendry, Mitchell, Richard Lewindowski, Russell Hill, Craig McKendry, Grant Attewell, Jason McKendry again, and for a third time as the only driver to clean sweep his qualifiers he picked up the very next heat, then Attewell, Nathan Taylor and Daniel Jorgen.

In Ladies Standard Saloon racing Natasha Curtis made the trip down from Bairnsdale and she left with the winner’s trophy at the end of the day. She defeated a Bairnsdale club mate Kate Stuchbery with Sharlene Laidlaw in third place.

Mitch Blencowe and Leigh Gooding had great heat races with Gooding getting the better of the youngster before Blencowe in the final passed Gooding with a tactically correct passing manoeuvre around slower competitors to take the lead. Blencowe won from Gooding, Kane Gibson, Victor Benson and Andrew Cormack.

In the Open Sedan final Johnny Young in an Unlimited Sedan defeated the Sports Sedan competitor of Ken Mankey with Anthony McKean and Bob Price rounding out the field. Mankey had travelled down from Benalla to compete and performed well to finish ahead of the more powerful third and fourth placed cars. Early Young had been penalised to the rear of the field when he tangled with then race leader Mick Evans. He thrilled the crowd as he came back from last to pass Price, McKean and then Mankey to take the win. 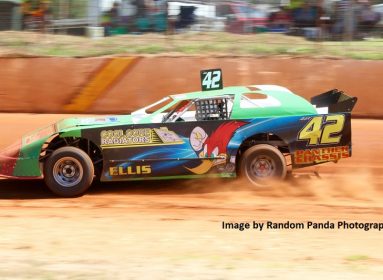 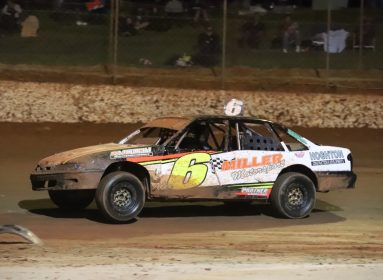 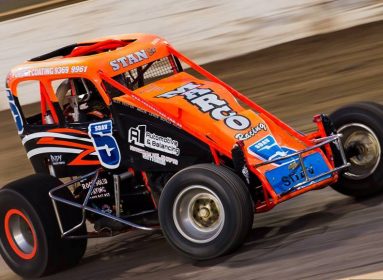