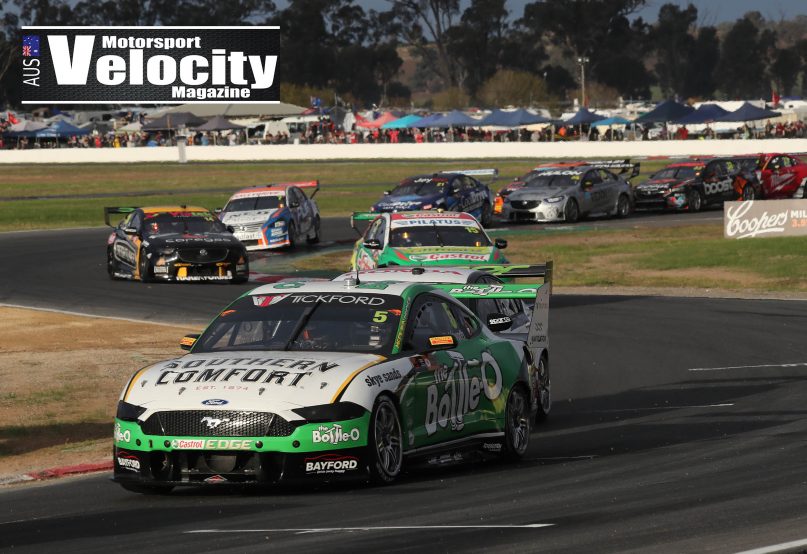 Lee Holdsworth (No. 5 The Bottle-O Ford Mustang) capped the sixth round of the 2019 Virgin Australia Supercars season with a fifth place finish in Race 14. It is Holdsworth’s best finish of 2019, coming from eighth starting position which was also his best of the current campaign, and vaults him into 12th in the Supercars ladder.

Close behind and concluding a respectable weekend was Cameron Waters (No. 6 Monster Energy Ford Mustang) in sixth. With the result, Waters jumps to eighth in the drivers’ championship. 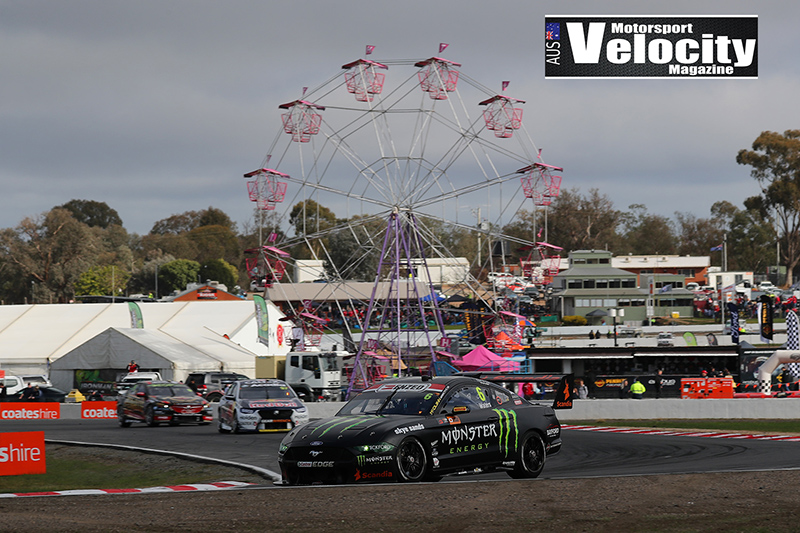 SEE ALL OF VELOCITY’S SUPERCAR PHOTOS FROM WINTON HERE

After a pole and runner-up on Saturday, Chaz Mostert’s (No. 55 Supercheap Auto Ford Mustang) tenth place finish on Sunday was far from straightforward. After mistakes on the first two laps saw him twice leave the circuit, Mostert was buried in 25th place. Mostert was then handed a 15-second time penalty during his Lap 29 pit stop for contact while passing Car 22 on Lap 26, further complicating his comeback. Under Safety Car conditions on Lap 58, Mostert stopped a third time for fresh tyres, and used the new Dunlop rubber to scamper into the top ten at the chequered flag, salvaging P10. 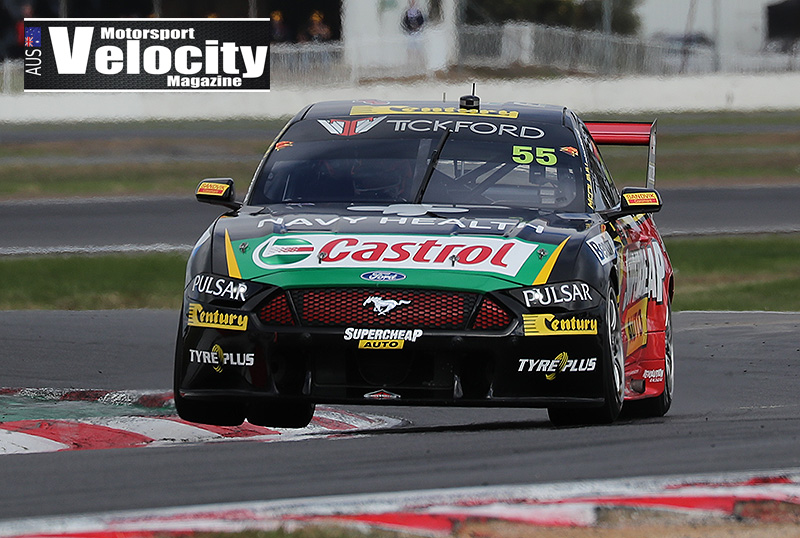 The weekend’s sole Safety Car came at the expense of teammate Will Davison (No. 23 Milwaukee Racing Ford Mustang), whose Mustang ground to a halt on Lap 57 due to a transaxle failure. Davison was running seventh at the time, scuttling what would have been his tenth top ten finish of the season, and dropping him to ninth in series points. 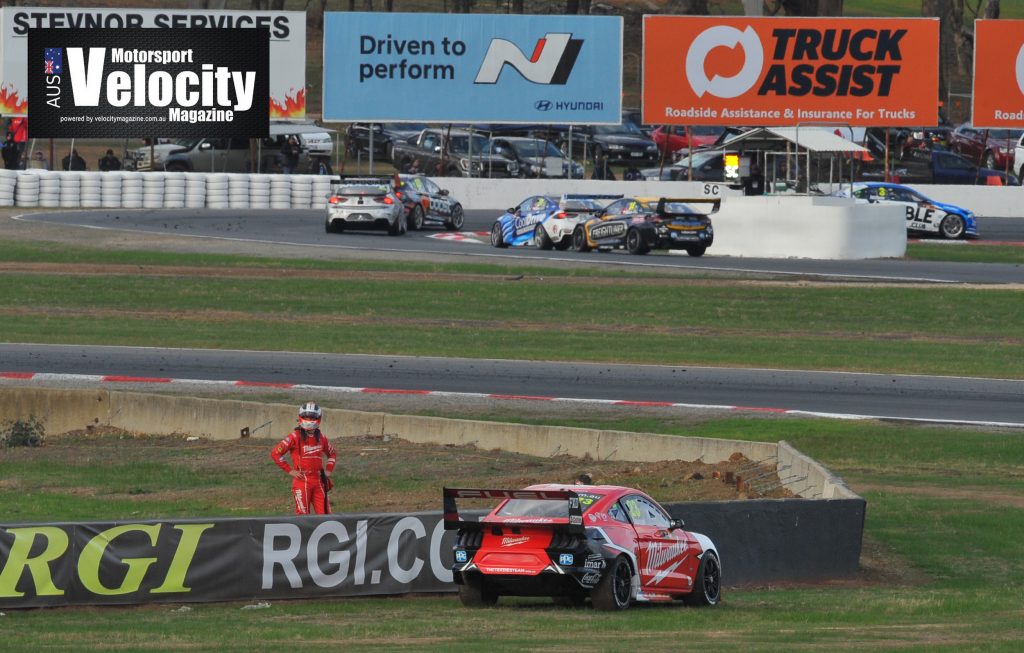 SEE ALL OF VELOCITY’S SUPERCAR PHOTOS FROM WINTON HERE

The Supercars championship returns to action June 14-16 with its annual trip to the Northern Territory at the Darwin Triple Crown. 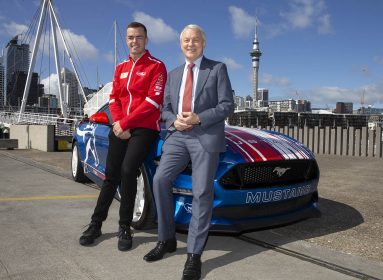 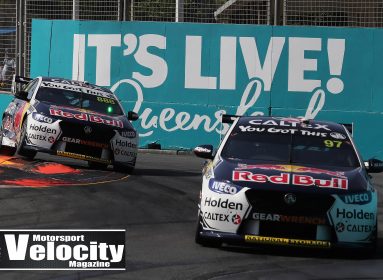 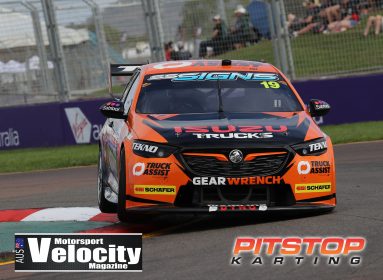