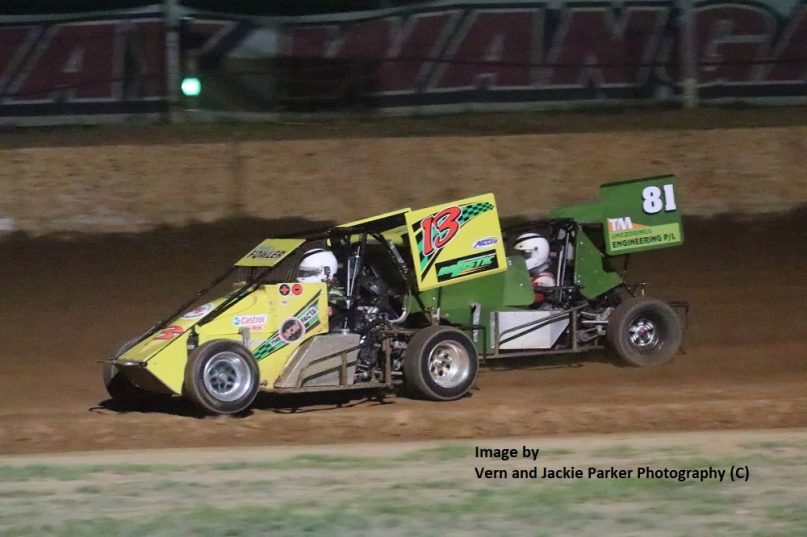 This Saturday night marks the last night of the Rushworth Speedway season with two visiting classes along with all the local heroes in their last opportunity to earn club championship points. The Grand Prix Midgets will compete for the Ironbark Classic with competitors from New South Wales joining the local fleet in the battle and the Compact Speedcars also bring a field to compete.

The Grand Prix Midgets season long point score see’s Chris Fowler leading Travis Florrimell by just ten points heading into this event, both of those drivers will have their eyes on the main prize, the series win whilst others like local legend Dennis Myers, Danny Stainer from nearby Benalla and Trevor Perry are just some drivers that will go flat out for the race victory regardless of what Fowler and Florrimell might be doing.

In Compact Speedcar action Louis Rodriguez is hoping to compete and if he does, the Victorian Champion from the Goulburn Valley area will be difficult to beat with Tania Hallett, Jack Day, his father Brad and the Hutchinson boys Butch and Mark just some of the drivers who may challenge the state champion.

Goulburn Valley Open Saloon action between the Paul and Phil Lamb and Adam Box has recently dominated the top prize at recent meetings, this time the Open Saloons will have former Goulburn Valley Juniors Lachie Fitzpatrick and Tristan McGraw in the field. These two have been making waves travelling around Victoria with other race classes and they return to finish off the Rushworth season.

Jay Nicolaisen, Adam Box, Paul Lamb and Darren Holt will have their hands full, it should be a sensational Open Saloon race night to sit back and enjoy.

Ladies racing will continue with Chloe Lamb up against Kelly Lamb, Belinda Chalcraft and Felicity Roycroft looking for the final trophy of the racing season locally and in Junior Sedans Daniel Smith has his eyes set on a back to back win after securing victory at the clubs last event. Josh and Luke Cecil will keep Daniel under pressure.

Having won the last two Production Sedan finals, Mark Cecil is hard to look past in the final event of the season. Scott Burchett had some good results at the last show and could just be on the cusp of a front of the field result, whilst it is drivers of the likes of Geoff Lee, Bevan Hutchins, Ian Wilson, Leigh Jeffery and Troy Britton that are also in the mix for an end of season win. 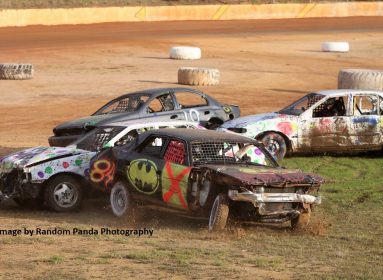 DROUINS DAY OF CARNAGE HAS ARRIVED: DEMOLITION DERBY AND CRASH AND BASH MAYHEM 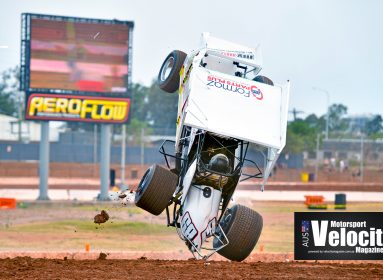 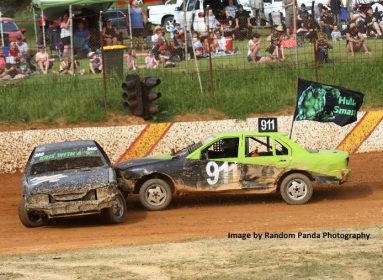