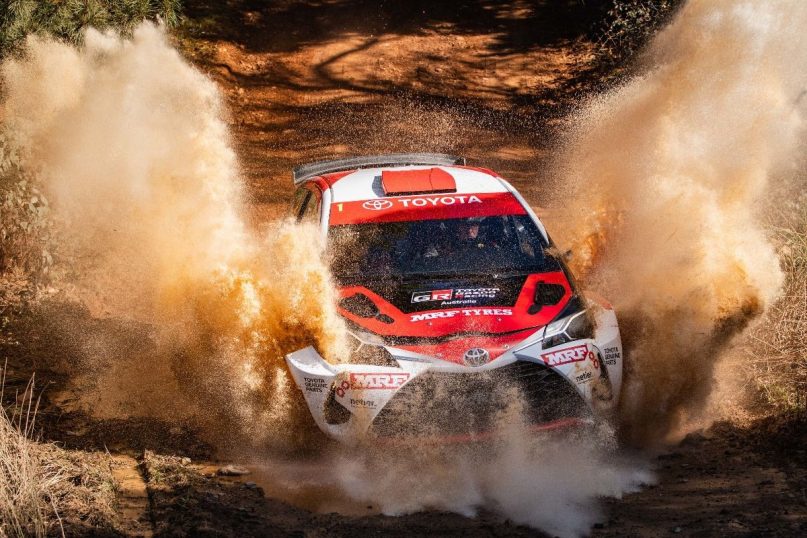 While Bates and McCarthy claimed an impressive seven out of eight stage wins across the two heats, they were challenged by Subaru do Motorsport’s Molly Taylor and Malcolm Read, who claimed a stage of their own, adding another chapter to the Subaru/Toyota rivalry of Australian rally.

Repco Rally Team’s Mick Patton and Bernie Webb finished the event in third after a strong performance across both heats, finishing third in heat one and fourth in heat two.

Bates and McCarthy now hold the advantage on the CAMS Australian Rally Championship (ARC) leaderboard, with crews to face off again at the Subaru Rally Tasmania in June.

With two wins from two rallies, Bates praised the team’s performance in Bates and McCarthy’s first ever back-to-back victories.

“Very pleased, I don’t think you could ask for much more than that,” Bates said.

“It was a tough day, this event threw a lot at us. We managed to get through and come out on top. Seven out of eight stage wins, sounds pretty good on paper. Maybe next time we can go one better and get them all.”

Taylor was over the moon with the second placed finish, with the Subaru showing its true credentials as a Championship contender in 2019.

“We knew we had it in the tank, but to be able to put it together is a really good feeling,” Taylor said.

“It was great having some close battles and being that close, and that’s us as drivers, that’s what makes it fun.

“It’s nice to keep the pressure on Harry, I think we still have got more to come. I think that’ll keep going into the next round.”

Patton said taking third exceeded their expectations in what will be their only ARC rally for 2019.

“It’s probably not what we thought would happen this weekend, I was hoping for top five, but to get back onto the podium again… really chuffed,” Patton said.

“Canberra roads are great, I think a lot of people got here to drive them and have lots of fun.”

After a strong opening to 2019, it was a less happy day for the second of the Toyota Yaris AP4 cars, with Lewis Bates and Anthony McLoughlin rolling in the first heat, the crew unable to repair the car in time to start the second heat.

In the CAMS ARC 2WD Championship, Ethan Pickstock and Lisi Phillips took out the round win, in a car with plenty of history. Their Mitsubishi Mirage was formerly driven by CAMS ARC regular Molly Taylor 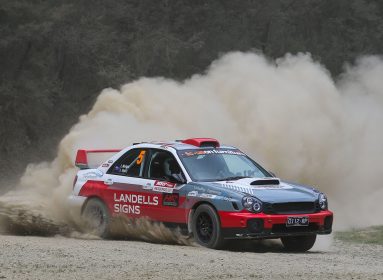 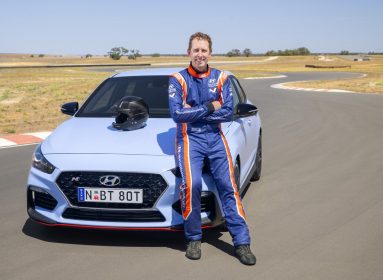 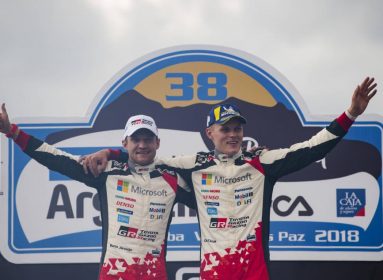