BRABHAM SCORES PODIUM AFTER ROLL OVER IN RACE 1 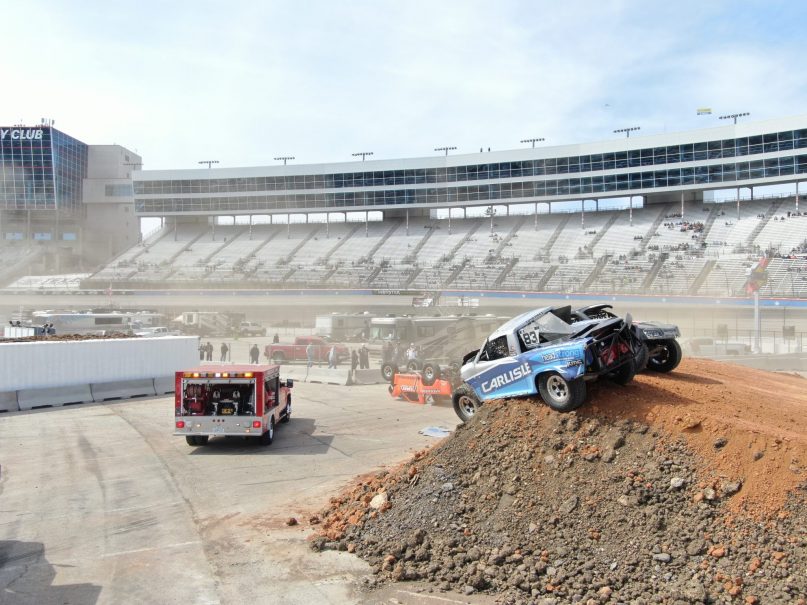 It was a weekend in the wild west for Matt Brabham as he secured a podium finish in race two of the Stadium SUPER trucks at Texas Motor Speedway today.

Brabham arrived at TMS as the man to beat with a race and round win in his pocket and his confidence at a high.

Texas Motor Speedway offers the Stadium SUPER Trucks a different challenge, with a mixture of dirt and tarmac, coupled with the formidable ‘big jump’ and a joker lap running underneath the jumping trucks.

The SST event was the main support to round seven of the NASCAR Cup Series and the category did not disappoint.

Going into the first race of the weekend Brabham, the 2018 Series Champion, started off the second row on the reverse grid.

He then quickly moved to second, chasing leader Blade Hildebrand in a replay of their first-round clash at the Circuit of the Americas last weekend. However, after a smart use of the joker lap by 2015/2016 champion Sheldon Creed and others in the field, Brabham fell back to fifth under the competition caution.

His truck lacked a bit of speed in the first half, but it gained momentum and put Brabham back into the mix in the second half of the race.

The restart brought the field together and gave Brabham the chance to put the move on Jeff Hoffman for fourth.

While that battle went on, Robby Gordon, who lead the pair, had to abandon his approach to the big dirt jump and fell over the side and rolled his truck.

Brabham and Hoffman were forced to come off the throttle trying to avoid Gordon, but had compromised their jump speed and fell short, rolling both of their machines. Brabham making contact with Hoffman mid-air.

The incident caused a red flag, but all three drivers were uninjured.

Brabham made his way to the pit lane, restarted the race minus his rear bumper and eventually came home in fifth. While the truck would have been repairable, Brabham and the others involved opted to jump into their spare trucks for race two, which the Australian started from the front row.

Another incident marred the first laps of the race, bringing the field under a lengthy red flag.

Bill Hynes fell short of the big jump and barrel-rolled, finally coming to a stop atop of the water barriers. It was a hairy moment that followed, with race leader Gordon failing to see the red flags and coming close to hitting a tow truck attending the incident.

Hynes eventually emerged from the truck under his own steam and was escorted to the medical facilities. Brabham took the restart in fourth, with Gordon still leading, but It wasn’t long before he had moved to second and was hot on Gordon’s heels.

Creed again used the joker lap to his advantage, swiping the lead from Gordon.  Creed checked out from the angry pack before the competition caution reined him in. Brabham was able to make his way around Gordon with the help of the joker lap and finished second.

The take away for the weekend for Brabham was he was still able to score series points that go towards his title defense. After two weekends back-to-back with Stadium SUPER Trucks rounds, Brabham returns to the NASA Western Endurance Racing Championship with Valkyrie Autosport.

Brabham will pilot the team’s Nissan GTR with Bill Hynes at Buttonwillow Raceway Park next weekend.

The next round of the Stadium SUPER Trucks is in Long Beach, accompanying the IndyCar series on April 12-14.

“I always tend to end up upside down in Texas,” said Brabham.

“It was a wishy-washy weekend, I was just in the wrong place at the wrong time in race one and in race two we were lacking a bit of speed.”

“We were just unlucky this weekend, but we were able to finish fifth in the first race and come home with some points and while we weren’t really in it for the win in the second race, we were still able to come home on the podium”. 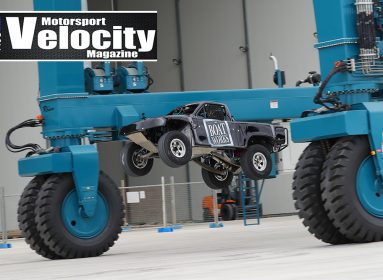 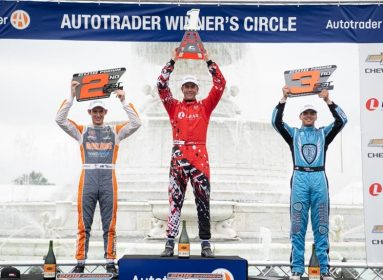 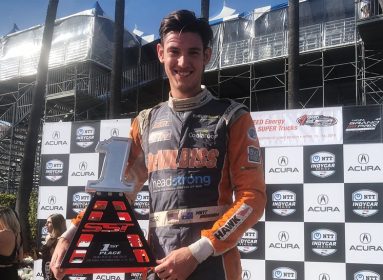 BRABHAM DOES THE TRIPLE AT LONG BEACH IN STADIUM SUPER TRUCKS