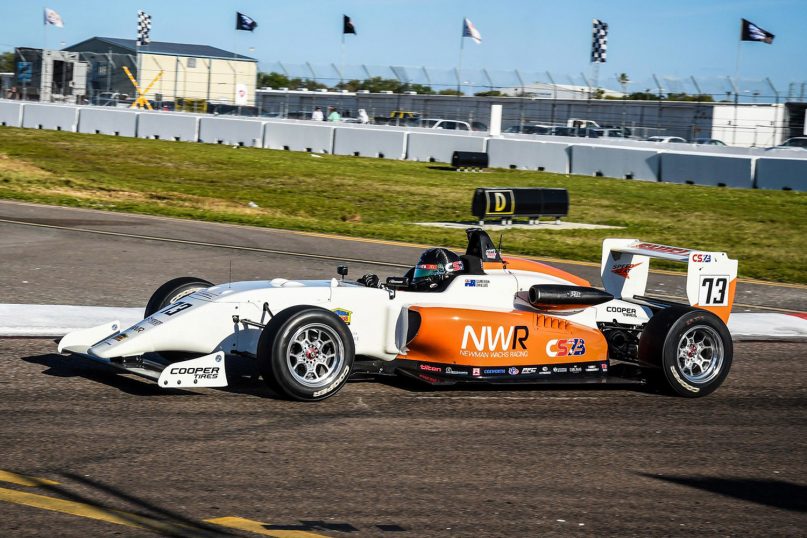 Newman Wachs Racing kicked off the 2019 season on the March 7-10 weekend on the challenging 1.8-mile street circuit of the Grand Prix of St. Petersburg, taking on the Cooper Tires USF2000 Championship, the first rung of the Road to Indy Presented by Cooper Tires. Australian Cameron Shields and American Nolan Siegel are both rookies in this series this year, and the NWR crew provided them with the equipment and support to log crucial on-track experience ahead of the remainder of the 2019 schedule. Shields showed impressive speed but ran into a pair of issues in the races to finish 11th and 18th in the doubleheader main events, while the 14-year-old Siegel delivered an ideal set of performances, keeping the nose of his Tatuus USF-17 clean to finish every lap with a top result of 12th in Race 2.

“The weekend went pretty well,” offered Brian Halahan, NWR Team Manager. “It wasn’t the results I was expecting from Cameron.  As he had shown me, he has the speed and talent to run up front. We just need to piece everything together. Nolan did everything we expected him to do and he showed that he is very mature for his age. I expect him to keep improving every time we hit the track. Now we look forward to even better results at the INDYCAR Grand Prix at IMS.”

The USF2000 series took to the track on Thursday and it was a busy day for Siegel and Shields – an 18-year-old Australian with a stout resume – as they had media guide photo shoots, a driver’s meeting, the important track walk, and their one and only practice session. All of this was followed by qualifying for Race 1. Both drivers took to the track for practice, setting some solid lap times and keeping both cars clean. Qualifying got a bit interesting as it was riddled with red flags, which kept anyone from getting more than one to two clean laps. Unfortunately, Shields brushed the wall late in the session, which led to only one clean lap, while Siegel kept his car clean and managed a great starting spot in such a stacked field. Siegel was 13th on the timesheet, while Shields was 18th, hampered by the contact with the wall.

Friday started bright and early with Race 2 qualifying. Both drivers’ lap times improved, but so did the rest of the field. Cameron was able to keep the car clean and lay down an impressive lap time, while Nolan improved his time but not his starting position. The streets of St. Petersburg tend to lend itself to some wild starts and Race 1’s opening run into Turn 1 did not disappoint. After a crazy turn one crash and cars being out-of-order, the field was called in for repositioning. After the restart, Shields did a fantastic job picking off car after car, making up an impressive eight spots to score an 11th place finish. Siegel once again showed his maturity, steering his way through all the carnage and a tough street circuit, landing him in the 14th position.

Saturday’s Race 2 finally saw a clean start and throughout the race, Shields was battling his way forward, but another brush of the wall forced him to come in for repairs, which resulted in a 16th place. Nolan again did everything he was asked to do. The Californian avoided all the chaos, keeping his car in mint condition and giving himself his best result of the weekend with a 12th place finish.

Newman Wachs Racing will now head to the iconic Indianapolis Motor Speedway for the INDYCAR Grand Prix on May 9 – 11, where Shields and Siegel will get a taste of a purpose built road course. The IMS speedway road course is a 14 turn, 2.439 miles track.

Driver Quote: “Overall, my weekend in St. Pete went really well. I managed to drive two clean races and I made a lot of progress throughout the weekend. I am very happy to have gotten the first one out of the way and now that I know what I’ve gotten myself into, I’m ready and excited for Indy in a few weeks. Thank you to the entire Newman Wachs Racing team for working so hard to give me the best car possible and helping me improve my driving. I would also like to thank my parents for all their support and all of the fans that wished me luck and said kind words throughout the weekend.”

Driver Quote: “I feel very privileged to have had the opportunity to race the streets of St. Petersburg in USF2000 with Newman Wachs Racing. It was an experience I will never forget but it is a place I would love to see again next year! The team did an exceptional job all weekend, we learned a lot about the car and in the final race after contact was made. I can’t thank my mechanics enough for getting me back out on track to finish the race! I’ll be going home to Australia for several weeks before returning to race at the Indy GP – and this time I hope we can produce the results that I know as a team we are capable of! 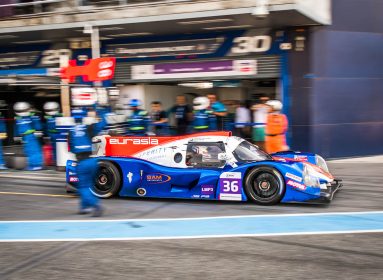 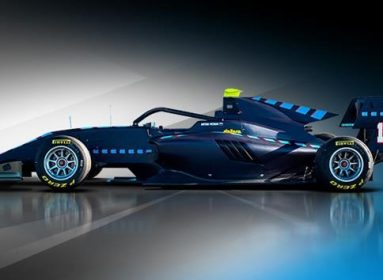 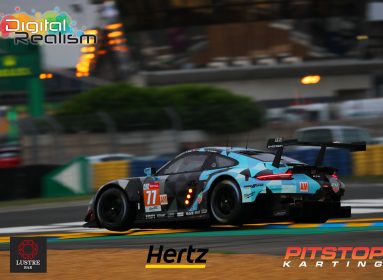