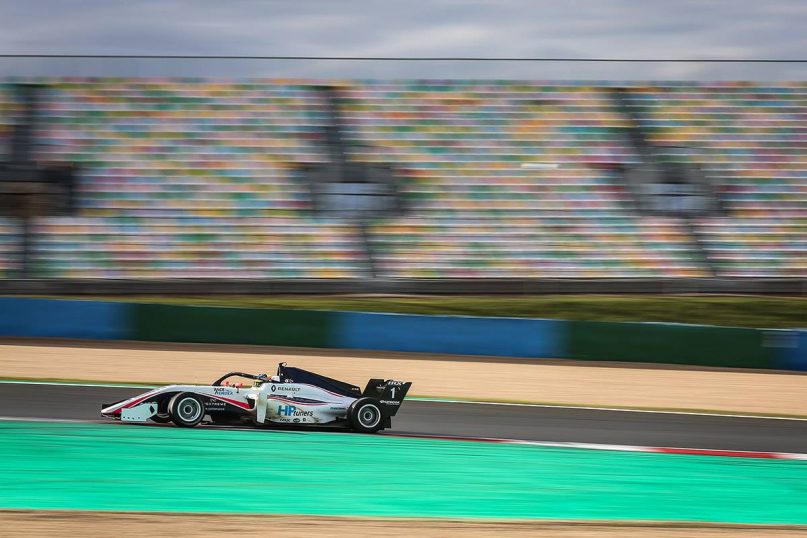 Wednesday leader Oscar Piastri (R-ace GP) was back atop the timing screen on the third and final day of the Formula Renault Eurocup collective tests at Circuit Nevers Magny-Cours. The Australian clocked a best lap of 1:36.525s to lead from Victor Martins (MP Motorsport) and Lorenzo Colombo (MP Motorsport). Fourth quickest, Ugo de Wilde (JD Motorsport) was the top rookie over the three days.

Despite clear skies at the start of the day, the track surface was still wet when the competitors got to work at 9am. Oscar Piastri wasted little time to set the pace, but Sebastián Fernández (Arden Motorsport) put in a lap of 1:49.534s just before the rain arrived in the final hour. His time went unchallenged and he led the pack of Oscar Piastri, Caio Collet (R-ace GP), Kush Maini (M2 Competition) and Cameron Das (M2 Competition) at the conclusion of the session.

Thanks to improving afternoon conditions, the Hankook slick tyres were shod and in the opening minutes the morning benchmark was beaten by Cameron Das. The times continued to drop, especially those of Victor Martins, but Oscar Piastri sealed the top spot with 35 minutes remaining with the best lap of the day in 1:36.525s. The Australian was followed by the French driver of the Renault Sport Academy and Lorenzo Colombo, with Ugo de Wilde and Kush Maini rounding out the top five.

Next Friday, the competitors will be back in action for two new days of collective tests at Circuit Paul Ricard. More than 20 drivers are expected at the first tests at a track on the calendar that will host the Formula Renault FR-19s.

Oscar Piastri (R-ace GP): “Like yesterday, I think we were a bit lucky because we were one of the last to switch to the slick tyres! Nevertheless, we were very quick this morning in the rain. These first tests have been positive. We have learned a lot, but everyone is discovering the new car and I think that we can improve in all areas leading up to the first qualifying session of the season. There are four more pre-season test days, a practice day and two qualifying sessions at Monza… It is a good starting point, but I am not taking anything for granted as things can change quickly!” 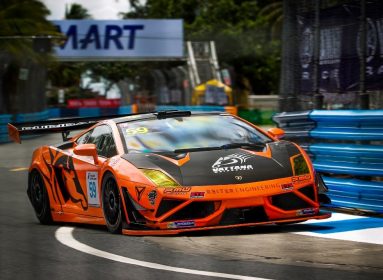 LESTER AND ASAI WIN AGAIN ON THE STREETS OF BANGSAEN 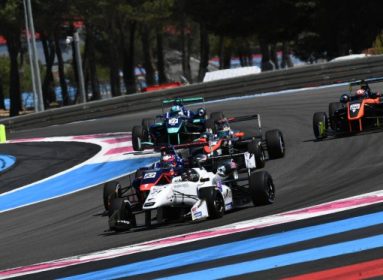 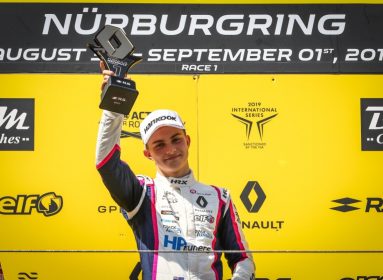