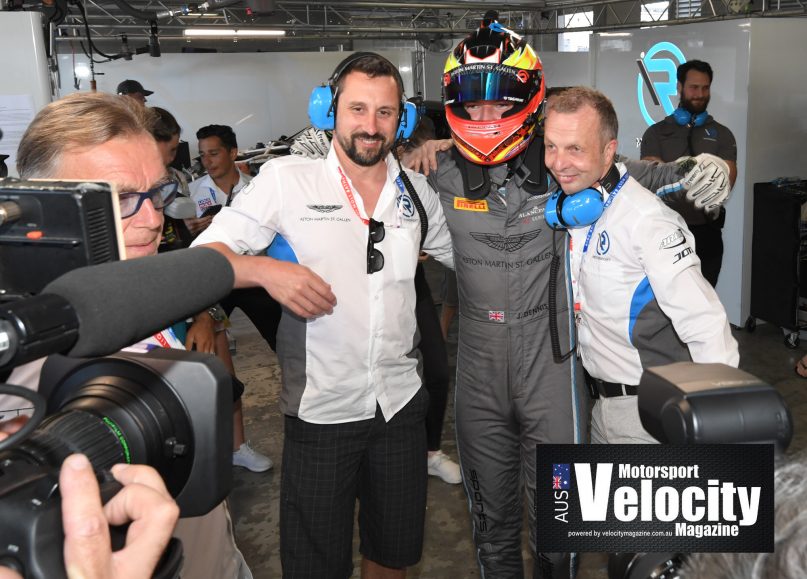 Dennis drove the sole Aston Martin to a best time of 2.02.4946 in the top 10 shootout after earlier claiming the fastest time in qualifying. He was joined in the final shootout by a single Bentley for Steven Kane, a Porsche 9111 GT3-R with Matt Campbell behind the wheel and a sole Nissan GTR Nismo GT3, driven by Alexandre Imperatori. Audi Motorsport Team Valvoline had a pair of R8 in the shootout for Kelvin van der Linde and Christopher Haase, while a gaggle of 4 Mercedes AMG GT3s made it through to the top 10.

Raffaele Marciello was one of the first to set a time and sat on top of the order until the final run of Dennis. Matt Campbell had looked good across the top of the mountain, but lost time in the runs up and down the mountain to finish 7th. David Reynolds was the best of the local drivers in 5th, driving the Bend Motorsport Park Mercedes AMG GT3.

Steven Kane drove the newest car in the field, the Bentley Continental, to 4th, while Dennis’ Aston Martin Vantage was appearing in GT3 racing for the last time, with the 2019 Aston Martin Vantag GT3 scheduled to debut at the opneing round of the 2019 Blancpain GT Series. A point not lost on Dennis.

“It’s good to get pole in the last race for the Aston Martin Vantage,” Dennis exclaimed after he was presented with the Allen Simonsen Trophy.

Dennis’ Aston Martin Vantage will start tomorrows race from third on the grid after a two spot penalty earlier in the day for speeding in pitlane.

The final order for the top 10 is: 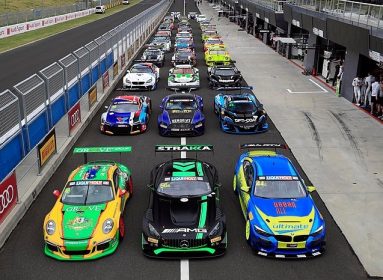 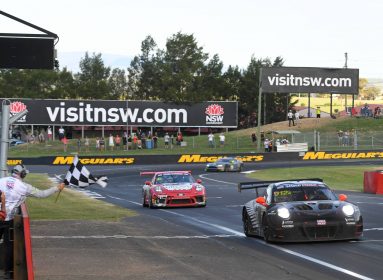 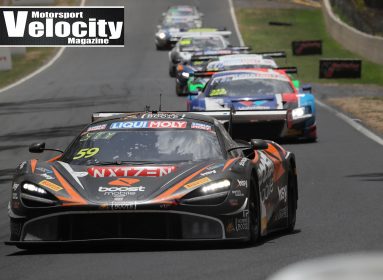