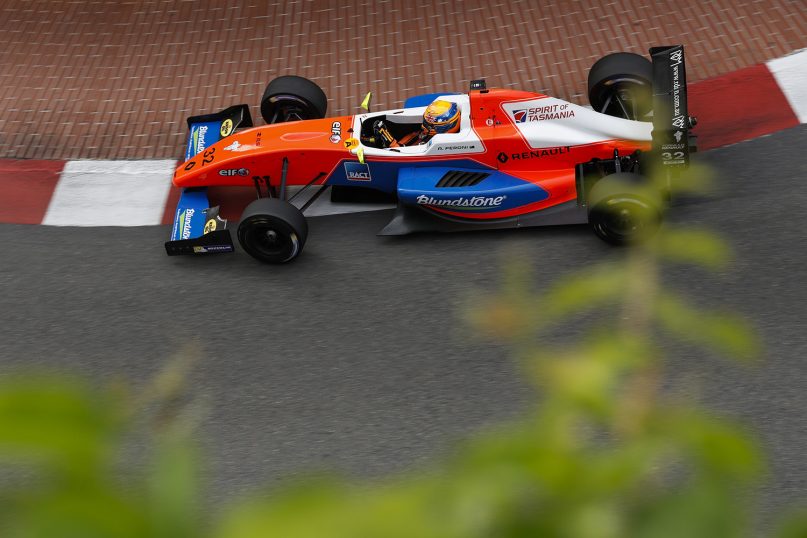 Tasmanian speed teen Alex Peroni will take his next step on the road to Formula 1 next week when he participates in official testing for the 2019 FIA Formula 3 Championship.

Peroni, soon to turn 19, will team up with leading Spanish team Campos Racing for the November 29 to December 1 test program at the Yas Marina circuit, venue for this weekend’s Abu Dhabi Formula 1 Grand Prix.

The FIA Formula 3 Championship, which is a rebranded version of the current GP3 Series, will be a major step up for the Hobart youngster.

Not only are the 3.4-litre cars significantly faster than the 2-litre Formula Renault openwheelers that he raced this year, but all rounds of the championship will be held in conjunction with Formula 1 events, giving the drivers and their sponsors multiple global exposure opportunities.

It was at the Formula Renault Eurocup’s sole appearance on this year’s Formula 1 schedule at Monaco where Peroni hit the headlines.

His victory by a 2018 Eurocup record margin in the Saturday race, followed by a close second place on Sunday in the curtain-raiser for the Monaco Grand Prix, boosted his profile immeasurably in front of the Formula 1 teams and a worldwide viewing audience.

Two more race wins in the Formula Renault North European Championship round on the streets of Pau, France, were the other standouts in his 2018 overseas racing season.

“I’m incredibly excited to be testing for the 2019 FIA Formula 3 Championship,” Peroni said.

“It’s actually a double-step up from Formula Renault, because the new Formula 3 car will have a lot more power – 410 bhp compared to 210 bhp – and more aerodynamic downforce.

“But after four years in junior development categories I’m ready for the challenge of racing in a top-level series.

“This year was at times frustrating, because there weren’t many races where we had the speed to challenge for wins or even podiums.

“I was usually competitive on twisty, low-speed tracks like Monaco, Pau and Hungaroring, especially when there wasn’t a lot of grip. But as a racing driver you want to be competitive all the time.

“I’ve put all that behind me, and am fully focused on the three-day test at Abu Dhabi in the week after the Formula 1 Grand Prix.

“Abu Dhabi is very important for drivers planning to race in the new FIA Formula 3 Championship next year. It’s their last chance to show the teams their capabilities – not just how fast they are on the track, but how they work with race engineers too – before the end of the year.

“It won’t be easy driving a faster car on an unfamiliar circuit, but it’s something I’ve had to do before. I’m really looking forward to the challenge!”

Meanwhile Peroni and his fundraising team are working hard to secure the budget to contest next year’s FIA Formula 3 Championship.

While he’s close to reaching his target, he understands that funding is as important as driving skill when it comes to climbing the motorsport ladder.

“Two of the most important lessons I’ve learned from racing in Europe are that driving with one of the top teams makes a big difference to your chances of winning a championship, plus you need to do all of the out-of-series tests,” he said.

“With the cars all identical in specification, tiny differences in suspension and aerodynamic settings can save vital tenths and even hundredths of a second in your lap times.

“That puts you up the front of the field in qualifying, giving you the chance of finishing on the podium.

“The top teams have the newest cars and equipment, and the best race engineers who know how to optimise car and driver performance at any racetrack in any conditions.

“Obviously that costs those teams more money, which in turn costs drivers who race with them more money.

“The bottom line is that to get one of the handful of drives with a top team you need the extra funding– something I haven’t had in the past.

“I’m satisfied with my results to date, considering the funding gap to most of my rivals. But I know I can do even better, given the opportunity.

“While I have just about enough funding to enter the FIA Formula 3 Championship, to be a regular podium contender I need a car that’s as good as anyone else’s.”

“It’s great that the CAMS Foundation has stepped in at this crucial stage,” he said.

“Now I’m more optimistic than ever of securing the funding to achieve my ultimate goal of racing in Formula 1.

“Thanks to my 2018 supporters and corporate sponsors, in particular Blundstone, RACT and Richardson Devine Marine. They’ve given me the opportunity to go further than I ever dreamed as a seven year-old racing karts in Tasmania.

“I’ll keep doing everything I can to justify their support into the future.” 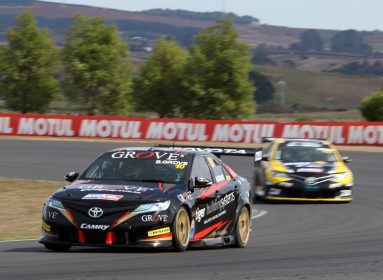 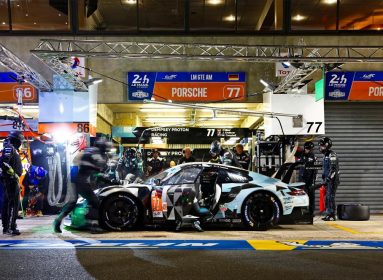 AUDIO MATT CAMPBELL BACK TO BACK 24HR RACES 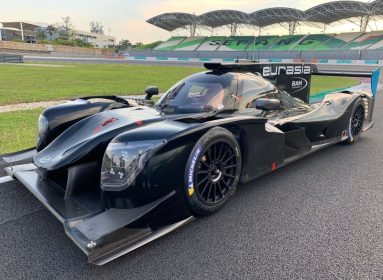