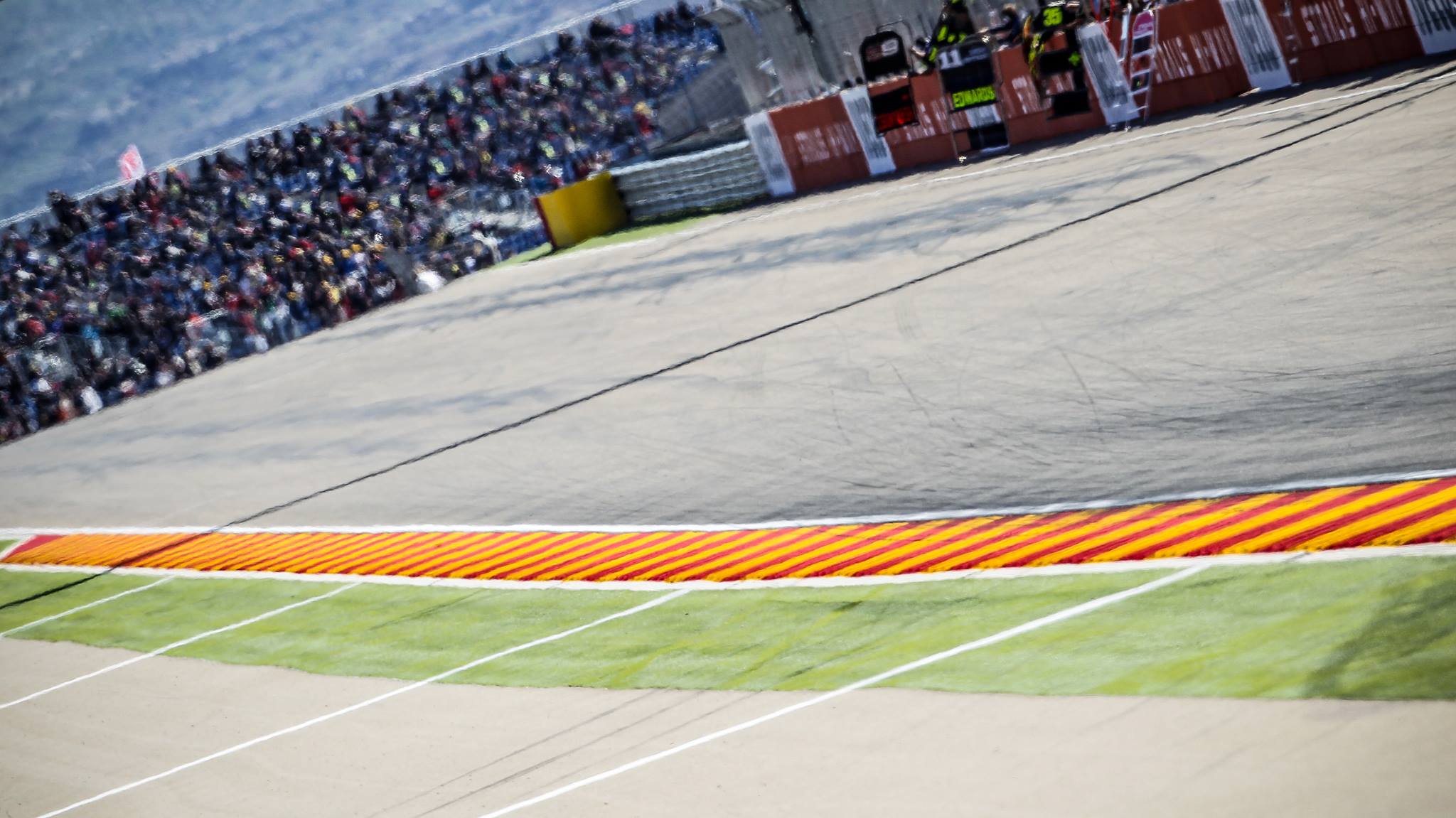 MotorLand: chasing Marquez, failure is not an option: Marquez, Lorenzo and Viñales race at home as Dovizioso arrives on a roll.

From a Misano painted red by Jorge Lorenzo’s (Ducati Team) pole and teammate Andrea Dovizioso’s victory, it’s time to pack up and head for MotorLand Aragon – where the red may well remain. The track is a venue much loved by Championship leader Marc Marquez (Repsol Honda Team), and the stands will likely be filled with the red flag of the 93. Marquez has such an advantage in the title fight that it could be the faithful’s last chance to see him race on home turf before becoming a seven-time World Champion, too – and his speed at the venue has been unrivalled. On pole in four of the five MotoGP™ races he’s competed in at MotorLand, Marquez has three wins there and two DNFs. A big ask for those on the chase to overhaul, but failure is no longer an option if they hope to reel in the reigning Champion.

As with many venues fairly new to the calendar, a close rival to Marquez’ record is Lorenzo. The number 99 won in 2014 and again in 2015, took a podium in his first season on a Ducati and had incredible speed at a recent test there. Will he be a key presence at the top once again? After crashing out so close to the end of the race at Misano, the stakes are a little higher to get a result but there’s little Championship pressure per se. Lorenzo will also get a lot of support racing at home – and so too will Dani Pedrosa (Repsol Honda Team), another former winner at the venue and one who was much closer to the fight at the front again last time out.

Last time out though, the spoils belonged to Andrea Dovizioso. Making his way to the front and then managing the gap to perfection, the Italian’s win was a statement and further showed how competitive the Ducati now is at any track – not just those where success has come before. But can that translate at MotorLand? It was a tougher weekend for ‘DesmoDovi’ last year at the venue, and it will be key to see if that will still be true in 2018 – he’s now second in the Championship and it has to start now.

A tougher weekend was the name of the game for Movistar Yamaha MotoGP come Sunday at Misano, too – with higher temperatures hitting both Maverick Viñales and Valentino Rossi. Rossi was the home hero last time out, and now that switches to Viñales’ honour – something he’ll be hoping will bring a little more form. In 2017 at Aragon, the two men battled it out to the line despite Rossi coming back just weeks after breaking his leg, and Viñales ultimately took the upper hand – but only just. Finishing the race fourth and fifth, it was a better weekend for the team in the latter part of the season and they’ll want that to remain true this time around.

The fight for top Independent Team rider, meanwhile, remains close. Cal Crutchlow (LCR Honda Castrol) leads the way by a margin after his impressive pace and podium at Misano, but Johann Zarco (Monster Yamaha Tech 3) and Danilo Petrucci (Alma Pramac Racing) remain close enough if the cards fall their way: Crutchlow has 119 points and the two on his tail 110. None had a big race to remember last season, so it’s tough to predict, as ever.

Rookie of the Year is another close battle – with Franco Morbidelli (EG 0,0 Marc VDS) now back ahead of Hafizh Syahrin (Monster Yamaha Tech 3) by two points. The Italian had some good pace at Misano, can he keep this momentum rolling? Or will Syahrin get back on form and rebuild some earlier confidence?

MotorLand Aragon awaits, and the last stop in Europe before the season finale in Valencia. Will Marquez take the home glory? Or is it someone else’s turf to take now? The Gran Premio Movistar de Aragon begins at 14:00 (GMT +2) on Sunday 23rd September.