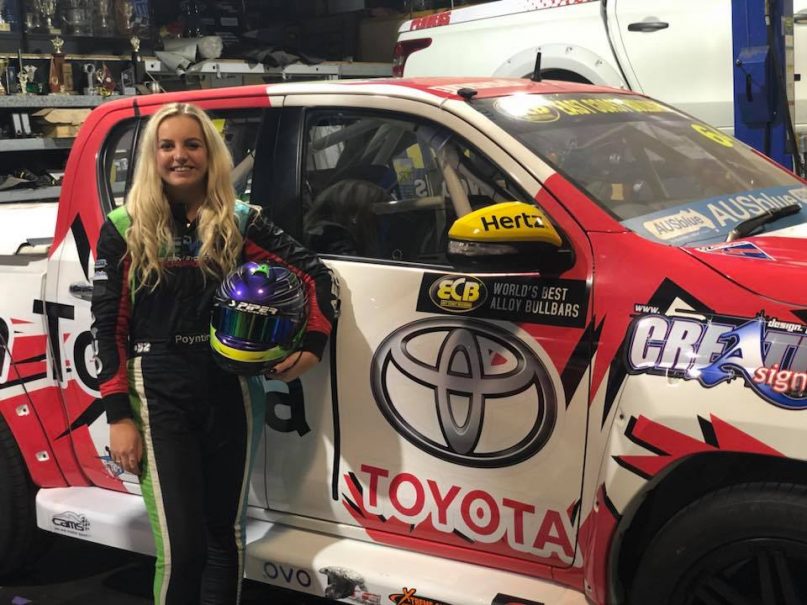 Charlotte Poynting is set to become the first lady driver of the new SuperUte series when she hops into the third Western Sydney Motorsport Toyota Hilux at her hometown circuit on the streets of Newcastle, and before this maybe even a Bathurst debut if all the stars line up for her.  Poynting is currently running second in the ladies trophy in the Aussie Racing Cars championship and 13th overall in the series.

Velocity Magazine caught up with Charlotte and WSM team owner Craig Thompson for a Question and Answer session on this exciting news for both the team and Charlotte Poynting Racing.

VM: Why do you want to race Utes?

CP: We first looked at racing a Ute when we found out they were racing at the Newcastle 500, with it being my home round I definitely wanted to be in something and Western Sydney Motorsport already have the 2 guys [Craig Woods, who currently leads the championship and Ben Walsh] running in the SuperUtes so they know all the ins and outs and we decided as a team and also with Sieders Racing that it would definitely be the best way to go.

VM: What is your goal?

CP: I wanted to race a Ute because of all the great feedback from the guys I know who are already racing them, the racing is close and very competitive and there’s a great calibre of drivers in the category, which will hopefully help me improve as a driver.  I haven’t tested the Ute yet, so at this stage it’s really hard to set a goal, obviously as a race driver you want to achieve the best but realistically a top 5 result would be awesome for my debut.

VM: Have you race a Ute before?

CP: I’ve not raced a Ute before, we’re hoping to get some testing in before Bathurst as it will be a huge challenge having only raced Aussie Racing Cars before. In the mean time I’m racing a Pulsar here and there to get used to the H pattern gear box.

VM: How different do you think it will be from an Aussie Racing Car car?

CP: I’m expecting the Ute to be extremely different from the Aussie Car, obviously the size difference is the biggest across the Supercars support categories so I think the body roll and weight transfer will be the biggest thing to get used to. But after checking out the Hilux inside is just a full on race car, it’s so high tech and I’m really excited to get in it.

VM: Utes are still getting a bad wrap from public what do you say to them?

CP: The Utes are a massive point of difference so the usual Supercars fans are going to have their doubts, but it’s brought in a whole new level of fans and competitors. I’m all for it and with the technology and the way these cars have been built it’s a real step up from the previous V8 Utes, I don’t think it’ll be long before everyone gets around it.

VM: Tell us about your backers?

CP: I can’t thank Craig Thompson from Western Sydney Motorsport enough for everything he’s done for me this year not only with the SuperUte but he’s really been the one who’s made my racing possible in 2018. The Ute is just an added bonus for the both of us and I really hope I can do him and the rest of WSM proud. Luke Sieders and Sieders Racing also have a huge impact on making this possible, along with WSM head mechanic Paul Rietdyk.  And of course Gencom Wireless Solutions who have been on board with me all year, I am so grateful for all the opportunities I’ve been given this year.

CP: At the moment we’ll be racing Aussie Cars again in 2019 but anything could happen between now and then. Hopefully some more rounds in the Ute and maybe something else, watch this space as they say LOL! 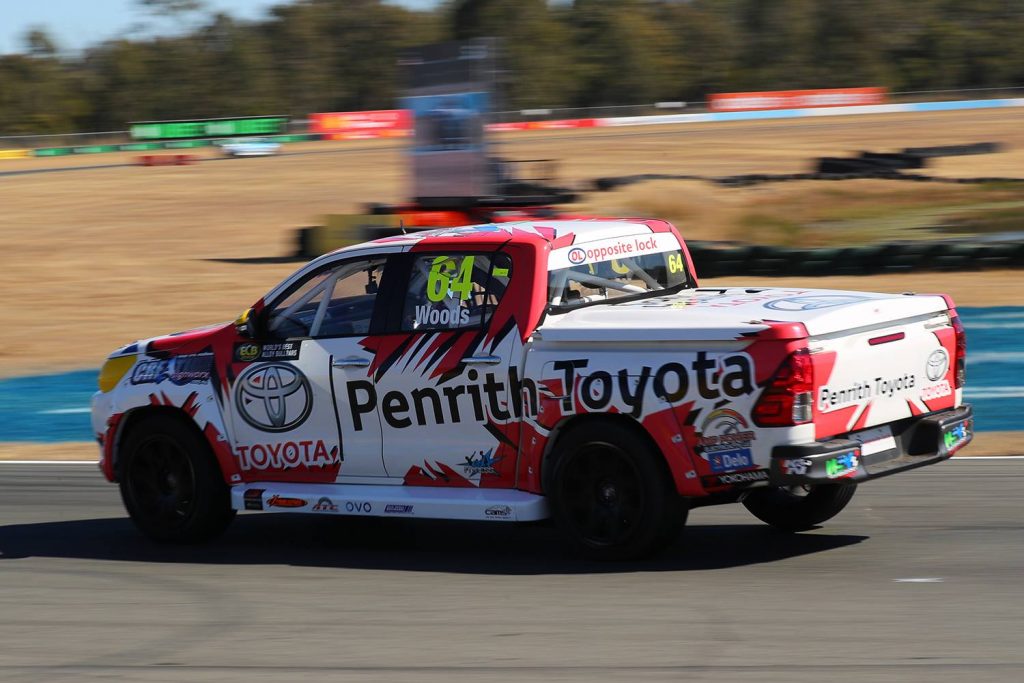 We asked Craig Thompson the owner of Western Sydney Motorsport who run 6 Aussie Racing Cars of their own plus the soon to be 3 Toyota Hilux’s for his comment on running Charlotte in the 3rd WSM Ute: “Charlotte approached me recently with an inquiry regarding our current Hilux that is in stage 1 of the build process . We were able to do a deal for her to race at Newcastle and subject to a build Completion at Bathurst.  Newcastle is her home town and clearly her sponsorship profile covers this area and her presence at the event is critical for her funding “ . I’m happy for her she is going to be a very busy lady up until her first drive with plenty of test hours to learn the characteristics of the SuperUte and it’s turbo diesel power plant“. 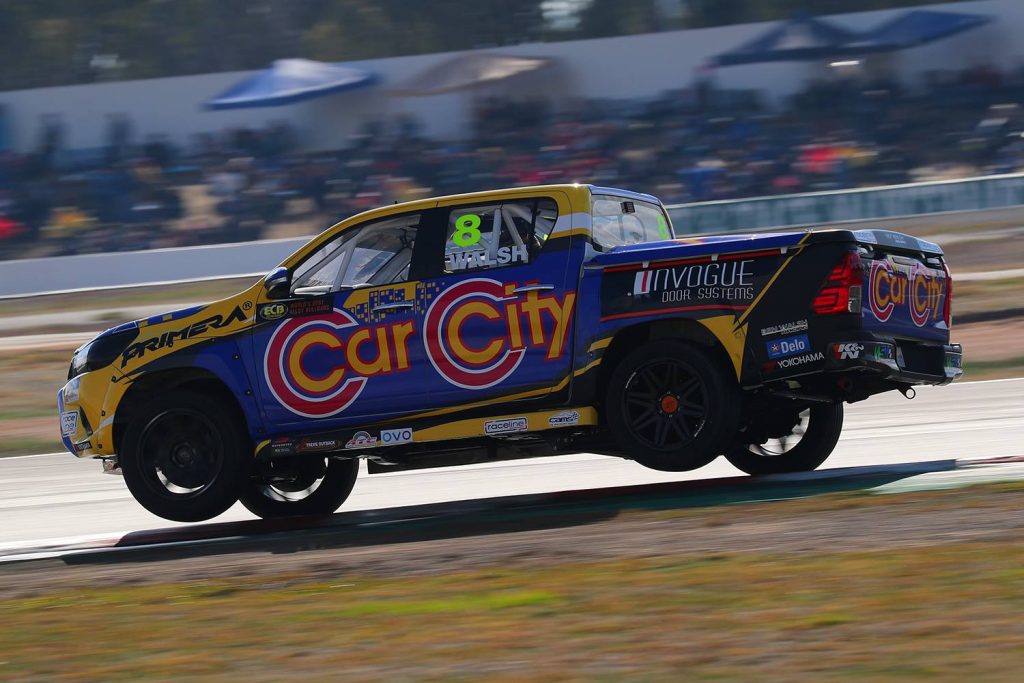 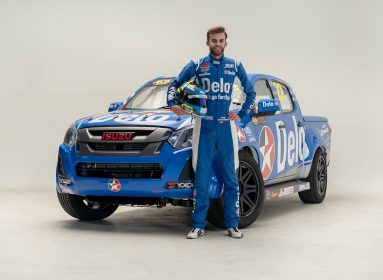 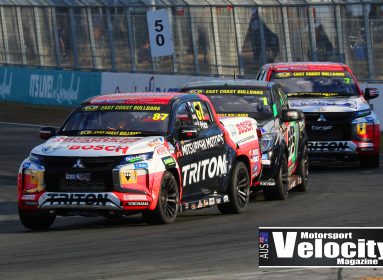 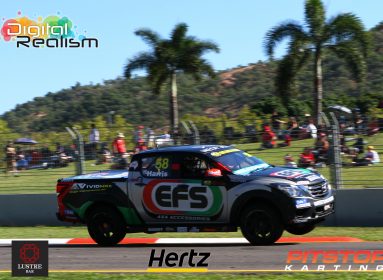