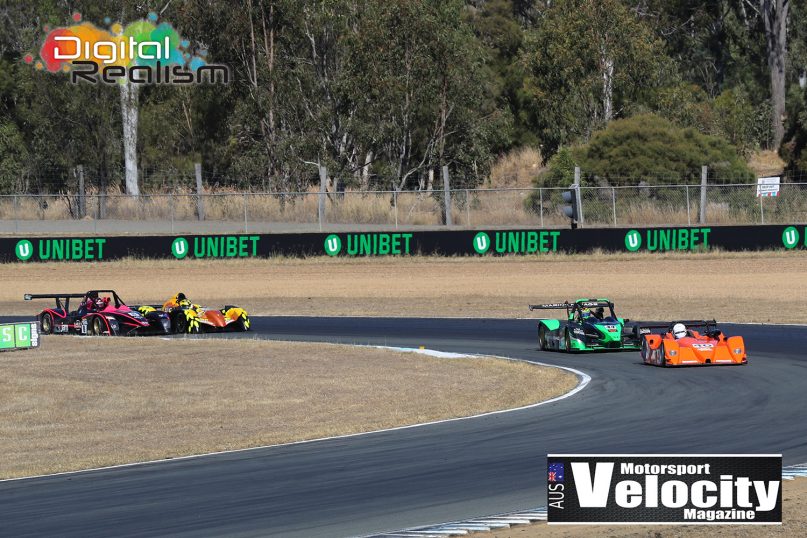 DAVID BARRAM completed the job he started twelve months ago to take a clean-sweep in round three of the Australian Prototype Series presented by Hot Wheels at Queensland Raceway.

The Queenslander and his orange Chiron won two of the three races at the Ipswich venue twelve months ago, however a race three non-finish was a cruel end to an otherwise strong performance.

This weekend, however, he backed up pole position and a victory in race one with two further wins on Sunday to sweep the round.

He’s the third different winner from three rounds in this year’s APS which features a continually evolving title battle.

Championship leader Jason Makris extended his lead in the points standings, thanks in part to a consistent weekend to second overall and also to a shocker for nearest rival John-Paul Drake, who failed to finish the final race.

Sage Murdoch completed the podium, scoring a podium for the first time in his brief APS career thanks to a combative weekend in the sister Jam Motorsport Wolf.

Sunday’s races were straightforward affairs – at least for leaders Barram and Makris.

Behind them highly competitive racing ensured for the final spots on the podium and also for the Radical cup honours.

The early stages of race two were filled with a gripping battle for position between Makris, Mark Laucke and Sage Murdoch.

The trio routinely swapped positions, Makris first second – then third and then back to second where he remained for the remaining laps.

Once the title leader pulled away Laucke and Murdoch were left to battle over third place, which came down a race to the line.

The third race featured more of the same, though this time Makris was able to extricate himself from the furious fight for second earlier in the piece.

Laucke and Murdoch, however, battled furiously and swapped the final spot on the podium multiple times. Unfortunately for the reigning series champion, his car faltered right at the moment he looked to have broken away from Murdoch – his West limping to pit lane and out of the race.

With the podium locked away, Bonaventura finished fourth and Grant Green fifth. Brian Pettit and Brenton Keogh were next.

Stephen Champion was an unfortunate non-finisher – having charged his way through to fifth position from the back of the field after earlier failing to finish race two.

However his car stopped at turn six two laps from home, ultimately failing to be classified.

A brief pause in the APS calendar will see the series enjoy a break prior to the next round of the championship, to be held at Sydney Motorsport Park on September 21-23.

Jason Makris will enjoy an enhanced championship lead in the process, taking what was a two-point margin over John-Paul Drake out to 85 ahead of the final two rounds.

However, competitors will be required to drop their two worse race results of the season prior to the conclusion of the championship – meaning it remains wide open. 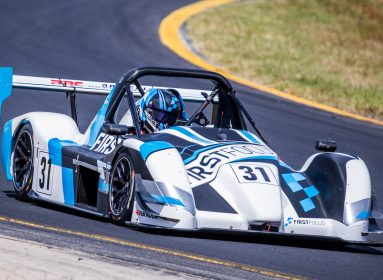